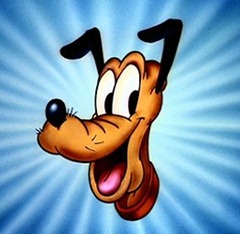 Every so often, everyone’s thinking becomes very uptight. When this happens we have to zoom out. Way out. When we distance ourselves from the action we see the big picture. We are able to weigh the gravity of our situation, and the further out we get, the less this gravity has any pull on us. Let me explain…

Way out far there was this Planet… Planet I wanna tell ya about. Planet by the name of Pluto. Up until recently Pluto was considered one of nine planets in this here Solar System. Now he’s just some bum that is apparently unworthy of the planet label. Do you think Pluto, I mean the editorial Pluto, minds this demotion? No way, dudes! This is the planet 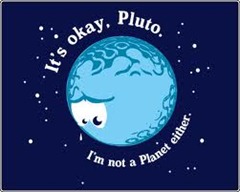 that orbited furthest from the main action anyway. He’s always kept to himself. For the first few years of its discovery, Pluto was simply known as Planet X. The current accepted dwarf planet title for Pluto is #134340.

El Plutorino is still out there, dudes. He is still enjoying his long, slow orbit. In fact it takes Pluto 248 earth years to orbit the sun. Talk about a Dudely planet. There’s no rush, man. When you’re in a far out orbit you take all the time you need. Pluto also had the most eccentric orbit of all the planets. Every two hundred years or so, it became the eighth planet from the sun (in front of Neptune) for a 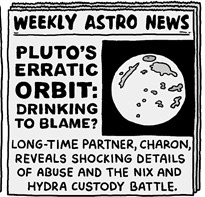 couple of decades. Almost as if he was just droppin’ in to see what condition his condition was in.

As a planet, Pluto was the coolest; chilling at a temperature of -400 F (-240 Celsius). As it turns out, chillin’ on the fringes of the Solar System is the best place for Pluto to be. If The Dudely Planet decided to somehow speed things up, and join some of the warmer action further into the center of the solar system it would heat up, develop a bright tail, and become a comet. Being half ice, Dude would slowly burn itself out and become just another piece of space rock. The lesson here, dudes: A faster pace and a closer proximity to the center of attention may be exciting, but after enough time it can be completely exhausting.

Pluto stays Far Out because that’s where it belongs. More importantly Pluto would never dream of comparing itself to anything else in the solar system. As a Dudely planet, Pluto realizes the important individuality that exists in every piece of space rock spinning around the sun. The very fact that every planet has it’s own orbit, proximity to the sun, and individual make-up makes this a fascinating Solar System. Pluto will never be as big as Jupiter, as bright as Venus, or have Saturn’s rings. It’s the differences in planets, in people, in creation that provide magic and inspiration. 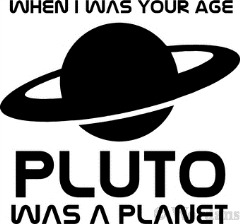 It may seem cold and lonely being so far from the action, so far away from that spotlight. But just because Pluto is far from what most people consider the significant solar system, doesn’t mean it’s lonely. Pluto exists in a relaxed little orbiting community of space chunks and objects known as the Kuiper Belt. This neighborhood is home to numerous space bodies that the square community doesn’t give a fuck about. But talk about a party, man. It is believed that there are over 70,000 objects in the Kuiper Belt! So while it may sound like Pluto is sad and alone on the outside of our little solar system, it’s actually hanging out in one of its biggest gatherings. The best parties usually aren’t the flashiest ones that “everyone who’s anyone” is invited to. And in most party situations, it’s usually on the edges and fringes that the real party stories take place. So, party like Pluto, dudes. Find a like-minded group in an out of the way area to chill out and be your selves. 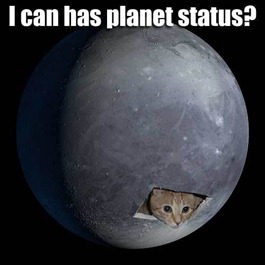 We can learn a lot from underachieving Pluto. It’s very refreshing and liberating to realize that the world as we know it does not revolve around us. Realizing the truth of this statement is crucial to our Dudeness. We want the gravity of our situation to be little to none. When the ins and outs of life become a little too complex, take a moment to slide into a Pluto orbit and view life from the outside. We don’t have to play the lead role in this here story as it unfolds. Most of the time it’s best to think of yourself as a supporting character in the play or, better yet, as an extra just taking in the main drama. This doesn’t mean we lose any of our autonomy or free will. It simply lets us relax so that we keep our noses clean of any unnecessary dirt, and our shoulders free of any unneeded burdens. 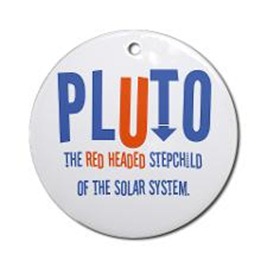 It’s not about us, Dudes. The better we are at remembering this, the happier we will become. Sure we all have our orbits in life. The trick is to spin along in our own orbit, however eccentric or far out it may be, without concerning ourselves with the relative orbits of others. Whatever little galaxy we find ourselves in will keep on spinning regardless of how we feel about it. As long as we don’t interfere with someone else’s orbit or place in our universe we’re doing just fine.

Enjoy your orbit around whatever is at the center of the universe. Stay far out, man. The further out you get, the lighter the load becomes. Don’t get caught up with little things like labels and recognition. Whether you’re still waiting to be discovered, have a name for yourself, or just feel like a number, life goes on, man. Can’t be worried about that shit. As long as you have a Dudely orbit, it doesn’t matter what others call you, because you’ll always be Dude.