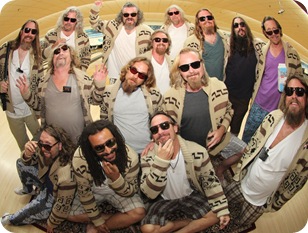 While Dudeism has over 130,000 ordained Dudeist priests all over the planet, we have yet to make the spirit incarnate in the world to the degree we’d like. That is to say, we haven’t yet organized any far out parties and meetups for the Dudeocracy out there. Rest assured that we plan to bring that new shit to light very soon. Until we get up off the sofa and make that happen however, our good friends over at Lebowskifest have provided the venue that we’ve always wanted. Since 2002 Will Russell and Scott Shuffitt have thrown some of the best garden parties and bowl offs known to mankind, man. And wherever a flock of Lebowski fans gathers, the spirit of Dudeism is strong. 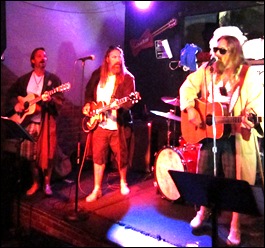 Though I’d attended two fests (San Francisco in 2008 and Los Angeles in 2009), I had yet to go to Lebowskifest Vatican city – a.k.a. Louisville, Kentucky. Every summer, that’s where the greatest convergence of Lebowski lovers, Dudeists, innocent bystanders, and holy rolling bowlers can be met and mingled with. With an Italian documentary crew in tow, I was finally privileged to take part in that holy of holies, and even better, get it all down on film. I didn’t have to worry about losing my train of thought or not remembering much because I can watch it all again later.

Let me make something plain – though the 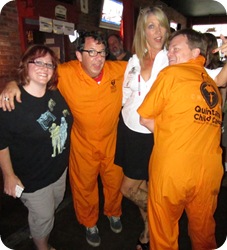 event contains more fun and games than you can shake a marmot at — from live bands to bowling to costume contests, ringer tosses, artistic photo ops, festive imbibing, bowling, ingenious displays of creative what-have-you, etc. — the main reason to go is far more elemental. That is, it is the largest gathering of truly dudeish, kind-hearted and easygoing folks you’re bound to meet any where in the world. See, despite all the crowds and Dionysian activity going on, a fistfight at a Lebowskifest would be like a pole dance at Catholic Mass. Lebowski fans have roundly rejected being a fucking asshole. And that’s cool. That’s really fucking cool. 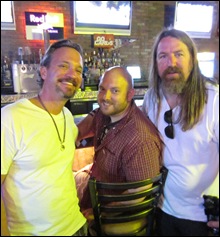 On a personal level, what was truly touching for me was to meet up with 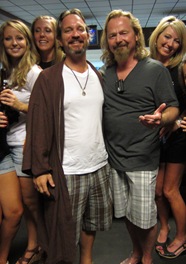 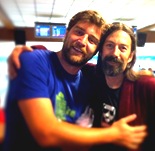 Willis, Janey and Jeff Faith, Christee Reince, Ben Hicks, Izaak Jordan and many more. Everyone turned out to be just as cool and compeerish as they had seemed via random Facebook comments, emails, chats, and other forms of virtual whatnot. The word became flesh. Like Walter and the Dude, we all hugged, shook hands, and said "Fuck it, let’s go  bowling." And it was good. It was fucking far out. Rev. Gary (hallowed be his mane), Rev. David and Rev. Paul all even helped out at the Dudeism booth, helping to spread the Dude word to all who would fucking listen occasionally. Moreover, it was good to run into old friends Will, Scott, Bill, Tom, James (Liam), Greg, Brad and Tim again. They are true pillars of the dude community. 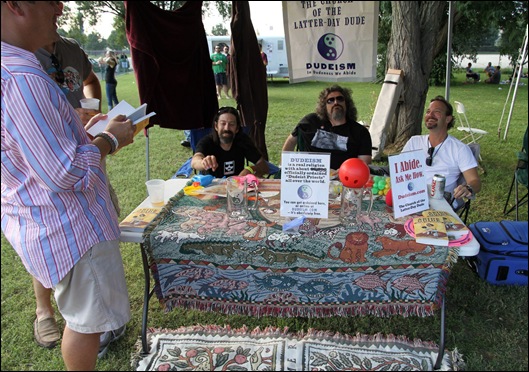 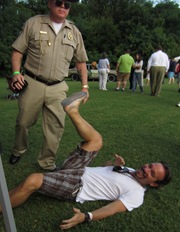 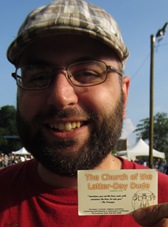 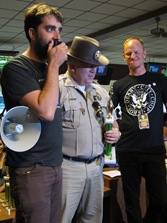 As we’ve asserted in our forthcoming book, The Abide Guide, Dudeism and Lebowskism are very powerful "shibboleths" — that is to say, if you meet someone and they dig the Way of the Dude,  they’re bound to be very cool people. Dickheads and the Dude just don’t mix, it seems. So getting a huge group of like minded 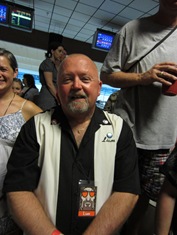 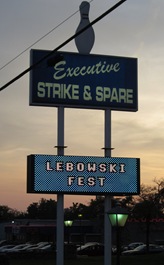 stressed-out soul. In our lives surrounded so much hate and envy and worry, sometimes you want to go where everybody knows "it’s just a game."

So a big thankee goes out to all of you who helped make our time there that much more far out. You are good men and women, and thurrahly Dudeish. And of course, thanks to Thomas, Francesco and Andrea for dudemortalizing it on film.

Never been to a Lebowskifest? Don’t be fatuous. See who’s in charge of scheduling at www.lebowskifest.com. Be there or be part of the square community. Rumor has it that there’ll be one in L.A. in September. I’ll be there man. 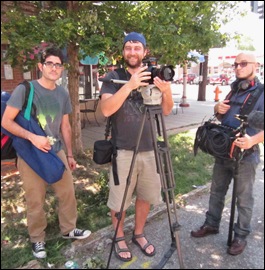 And if you’re in the UK between August 3 and 13, come be a part of our filming schedule there as well! It’s going to be even more far out. Literally. Thousands of miles farther out. Keep up to date with the event at the official Facebook event page! The more Dudeists show up, the more dude it will be. Tell your compeers! 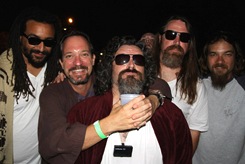