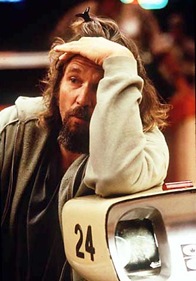 This holiday season, the lazy, enlightened bastards at The Dudespaper would like to remind you that even though you love the Dude, sooner or later you’re gonna have to face the fact that he’s a goddamn moron.

Blasphemy, you say? Heresy? Very undude? Before you cast the first stone, excommunicate me, or what-have-you, please hear me out.

It should go without saying that not every activity partaken of by the Dude in The Big Lebowski is endorsed by the Church of the Latter Day Dude proper. Drinking and driving leads to a world of pain. A world of pain.

To defend against the infamous scene where the Dude crashes his Gran Torino after burning himself with a roach and dousing his lap in beer, Dudeist apologists will predictably serve up the old “the-Dude-was-only-having-one-beer-with-his-joint-and-thus-was-not-exceeding-the-legal-
blood-alcohol-content” chestnut. Wouldn’t you want a drink after having your prostate probed by such a good and thorough man? Does the pope shit in the woods? I like to think that I wouldn’t have seemed so stoked about it afterwards though. And I definitely would have waited until I got home before imbibing the sacred beverage and J. Hopefully you would have too. 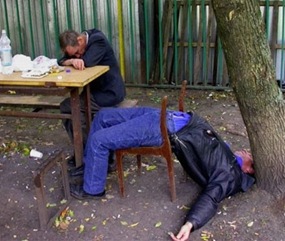 Unfortunately it sets a very bad example for the current crop of younger, brasher Dudeist converts, some of whom are lacking the developed sense of hermeneutic discernment which only comes after years of dedicated nonpractice and hundreds of TBL-viewings. These novices are easily misled into believing that Dudeism espouses anarchy and blatant disregard for bylaws. From there it’s a slippery slope to nihilism. We’re very free-spirited, but not that free-spirited.

Others make the mistake of elevating the Dude into someone who’s got a whole personal saviour thing going on, and thereby miss the whole point of the religion. The Dude may be a role model, but we in the Church only follow his Way (or his Tao, if you’re into some kind of eastern thing), not the man himself. 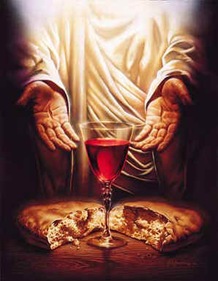 The Dude is not the way, he is only a sign pointing the way! We are not about deifying and blindly parroting every mistake that the Dude makes. But, if you’re living in the past and are into the whole Master/Disciple dichotomy deal, you may want to try one of the other churches that have even more than ten years of beautiful tradition. They might be more your thing.

Detractors of our faith are ever wont to spread seeds of doubt by highlighting the alleged “impaired driving” scene; “How do we know it’s not his sixth beer“, they hiss with their forked tongues and cleft assholes, “and third marijuana cigarette?” Misguided folk like these miss the point of the scene. Nor do they have faith in the Coen brothers.

In their wisdom, the Coens blessed us with this humble and embarrassing scene in order to further misdirect and befuddle first time viewers. Without his second car accident, the Dude never would have found the false clue and we would have never seen what happens when you fuck a stranger in the ass. 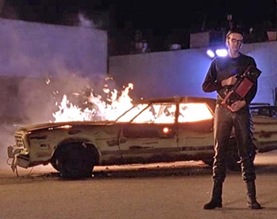 And, of course, that leads us to…hmmm…lost my train of thought there. Anyway, to get back to my first strand; don’t be a goddamn moron! Don’t drink and drive. There ain’t nothing more undude than watching pedestrians die face down in the muck, all because you had too many oat sodas and killed your fucking car.

And Maude Bless us, every one!