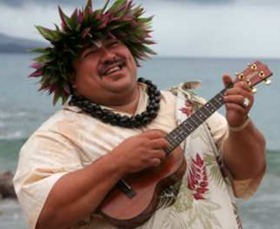 Upon reading Serge Kahili King’s article on the 7 Huna Principles of Hawaiian mysticism, I was struck at the similarity not only to Dudeism, but to The Seth Material by Jane Roberts, the Tao Te Ching and the ideas of Joseph Campbell. These are the writings and philosophies which have influenced me most, aside from the world’s slowest-growing religion. So I thought I’d take another look and see how they all tied together in ol’ Duder’s head.

These are the principles, in a nutshell: 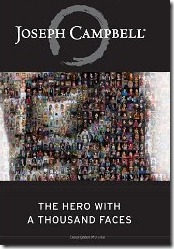 The first, Ike, is essentially the foundation of The Seth Material, the notion that we create our own reality individually and en masse by our thoughts, beliefs and intentions. Seth is echoed again in the fourth, Manawa: that an individual’s power to create lies here and now in the present. The sixth, Mana, is a hallmark of Oriental thought in general and Taoism in particular, that we are all an expression of the Divine Mystery and that it flows through all people and all things. Pono wraps ‘er all up echoing Joseph Campbell’s view that all religions are metaphors for the same underlying truths, wrapped in the vernacular of their time and place, and that value of any given set of metaphors depends solely on how well they work for the individual.

In the following paragraphs each Huna principle is explored in detail in relation to Dudeism as well as Seth, Campbell and Taoism. So why not mix a beverage, kick back and enjoy the philosophical ride. It’s all about what rings true for you so take from it what resonates inside you. You can fuggedaboud the rest. 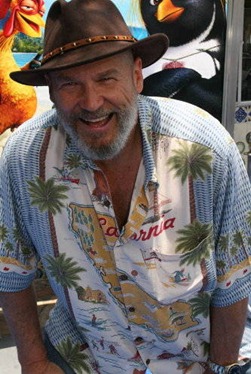 1) IKE – our ideas create our reality.

“Would you just take it easy?”

“You cannot drag this negative energy into the tournament.”

Here is the oft-repeated gist of the Seth material (Jane Roberts) and, if I understand it correctly, all the great philosophies/religions throughout history (in their uncompromised first drafts, of course): You create your own reality through your thoughts, beliefs and intentions.

The Dude believed in peace and calm and so he practiced it. He abided through strikes and gutters and so the Nihilists never cut off his Johnson. The Jesus focused his “negative energy” on Walter, who flashed a piece out on the lane, but in comparison barely noticed the Dude. The Big Lebowski believed in the worst form of achievement and was eventually exposed as a phony. He was also tossed out of his chair. 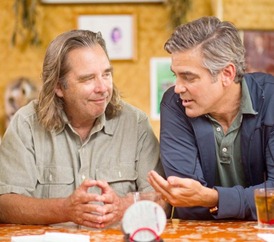 One of the Dude’s most endearing qualities, both to the other characters in the movie as well as to us, the audience, is that he approaches everybody as his equal. There is no personal hierarchy with him. Whether he’s talking to his crazy-fuck pal Walter or Jackie Treehorn who thinks he has the money he’s straight ahead, no bullshit. His easy going manner puts others at ease, much in line with the Taoist idea of leading people by getting under or behind them rather than lording over them.

In contrast, and in the real world, our technological “progress” has wreaked havoc upon this Earth we call home largely because it is predicated upon the idea that we are separate from Nature and thus able to control it. Yet just because we build large machines, tall buildings, weapons of war, and “smart” phones it doesn’t mean that we’re “smarter” than nature or in some way above it. No other species on Earth has pissed on the rug of our earthly bungalow like we have, running down the quality of life for ourselves and most every other species here. Of course, the main culprits responsible are the “overachievers” or, by proxy, their hired goons.

Once we see that our man-made hierarchies of value are badly designed and incorrect, then we can free ourselves from artificial limitations, and perhaps even save the planet.

“Pacifism is not something to hide behind. Look at our situation with this camel-fucker in Iraq.” 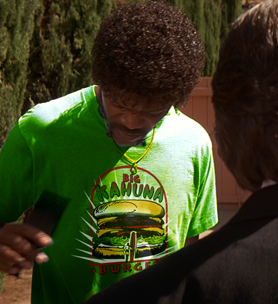 Those who believe in “might is right” are ignorantly unaware that they create the very situations they fight against. If you must fight, better to fight for what you believe in than what you oppose. Or as George Carlin said, “Fighting for peace is like fucking for virginity.” Instead of fighting against discrimination, fight for equality. Best of all simply practice and cultivate what you believe in. This is what the Gandhi quote bumper sticker “be the change you want to see in the world” is all about: principles in action.

So, when the overachievers berate you don’t argue with them, instead put on your shades and say “fuck it”. Then take any rug in the house. After all, the Big Lebowski let the Dude keep the rug, and Maude, despite her tendency inherited from her father to use people, made sure the Dude was well-compensated so that he could have any rug that tied his room together. The Dude didn’t fight against anything, he held fast to what he believed in and in so doing cultivated that ethos everywhere he went.

“You’re not even Jewish, you’re Polish-Catholic.” “It’s all part of your sick Cynthia thing… You’re living in the fucking past, man.” 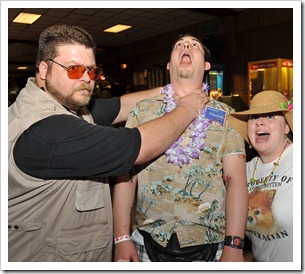 This is the second oft-repeated catchphrase in the Seth material, “The present is your point of power.” The way my favorite “ghost writer” explains it, it is your beliefs that form your reality (see #1, Ike); thus we’re not bound by what happened in the past unless we hold on to the same beliefs we held in the past.

A side-note on reincarnation for those folks who tend to ascribe everything to a past life (those who don’t believe in reincarnation are welcome to skip over this part): Since time is an illusion (lunchtime doubly so) all time is simultaneous so all lives — past, present and future — are simultaneous. Nothing you did in a past life made you a loser in this life. If you’re a loser in this life it’s because you’re dragging your negative energy into the tournament in this life. So whether you’re talking about your childhood or a past life or whatever, it’s your beliefs NOW that determine the people and events that you attract to you. 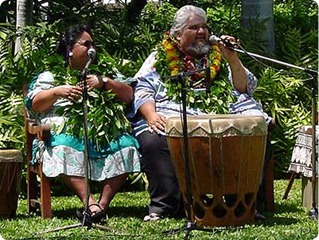 It all comes down to acceptance. The Dude didn’t run around trying to mold everyone in his image. He accepted them as they were, more or less treated everybody equally, didn’t snub anyone or brown-nose them either. In this way he cultivated Dudeness wherever he went and with whomever he encountered. He even showed a certain degree of compassion to the shitheads.

6. MANA – all power comes from within.

“Well, you know, the Dude abides.”

This may be the hardest one for we Western folk to get our heads around since our warring belief-systems are sadly plagued by bizarre dogma both sides: On one hand we have the belief in an invisible man living in the sky with a list of ten things he doesn’t want you to do and has planned out for your life as well as humanity’s eventual collective curtain call. Then, on the other hand we have the mechanistic belief that all of creation was a chance occurrence and that we are bound by mechanistic behavior. Personally, I call bullshit on both. 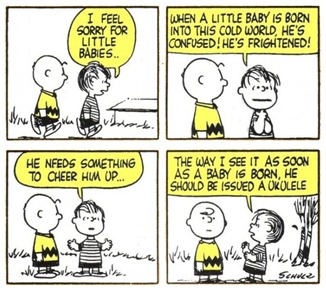 The first is at best a mythology from another time and place that does not adequately serve modern culture, and at worst is silly superstition wielded by the self-righteous. And on the other side of the clam, if the second were true there would be no art of any kind, particularly improvisational music. Miles Davis’ “Kind of Blue” completely blows that one apart!

Also there’s the Western tendency to interpret everything literally and in the case of religion that means one is correct and all the others are wrong. The Orient doesn’t have that problem: different religions are commonly practiced side by side. It’s understood that it’s all metaphor, so whatever works for you, have at it.

I live in Japan, and a lot of Westerners living here don’t understand the spirits worshiped at the abundance of temples. “Kami”, as they are called in Japanese, are not deities but rather personified forces of Nature. Perhaps the second Kanji (Chinese character) in the word wabi-sabi is easiest to understand, though it doesn’t translate directly into English: It refers to the character inherent in a well used object. 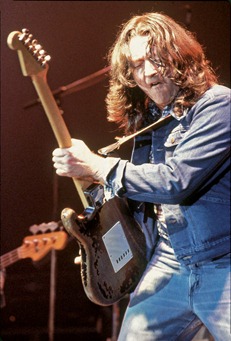 Guitarists and Blues fans will surely apprehend this when contemplating SRV’s unique #1 Stratocaster, or Rory Gallagher’s worn-to-the-wood Strat, or Albert Collins’ mighty Telecaster. Or one might consider the power of family heirlooms.

The Japanese word “ki” is refers to the Life Force and is the root of many words such was “ten-ki” (weather) and “gen-ki” (health). In the Tao Te Ching it’s called “the Tao,” the nameless source of all things that can only be glimpsed at and understood intuitively. Joseph Campbell understood it and referred to it often when talking of the monomyth (the hero can’t rely on the guide forever and must ultimately tap into the Life Force within himself in order to make his transformation). George Lucas used it as the basis of The Force. It’s also the principle behind acupuncture and acupressure; when the meridians are blocked ki doesn’t flow causing illness, so the physician’s job is to unblock them and get the ki flowing again.

Everything has a Life Force, from people to object to neighborhoods to countries. It flows through everything and everybody. Sometimes we can guide but we have to be tuned into it first. Relaxing and going with the flow, not getting hung up on stuff, is the best way to tune into it.

7. PONO – effectiveness is the measure of truth.

“Luke, you’ll find that many of the truths we cling to depend largely on our point of view.”
— Obi-wan Kenobi

“All religion is metaphor. It’s when you try to interpret it as historical fact that you get into trouble.”
— Joseph Campbell 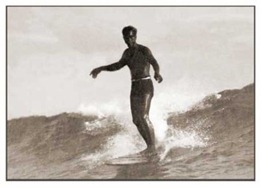 Campbell said we need new myths, that the old ones no longer serve us. Dudeism is just that, a new myth, a new set of metaphors. And it’s one we sorely need because we live in stressed out times where overachievement has made a real mess of things. Our quality of life has seriously gone down the shitter because we’re focused on the wrong stuff. We’ve lost sight of both Life’s fundamental truths (as espoused in the uncompromised first drafts of so many religions and philosophies, before they were co-opted by the square community) and it’s simple pleasures. 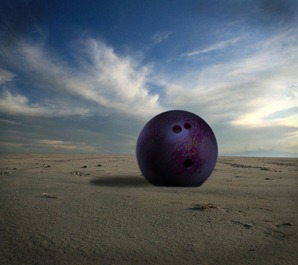 We need a fresh but timeless metaphor to help us detach from the false pursuits of life and get back to what really matters. We need a hero who exemplifies treating people of all backgrounds simply as human beings, and embracing different points of view rather than being “so fuckin’ certain” about everything. And contrary to The Stranger’s reluctance to use the term, the Dude is most definitely a hero, for as Campbell said, “The hero is the one who asserts his humanity in the face of the machine,” and that’s exactly what The Dude asserts with his disarmingly-powerful rebel shrug: A quiet rebellion.

Variety is the spice of life, and by accepting all people as our equals and other, even conflicting, points of view as being just as valid as our own we treat ourselves to the world’s buffet. What works for you may not work for some else and vice versa. And that’s cool, man. That’s cool.

“When you try to explore the psyche in deadly seriousness, it will always
escape you.” – Jane Roberts