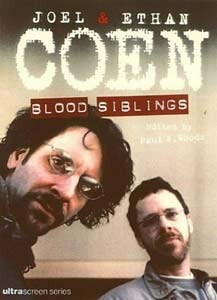 It’s no secret that Joel and Ethan Coen have distanced themselves from the cult surrounding their masterpiece The Big Lebowski. When contacted regarding the Lebowskifest fellas’ book I’m a Lebowski, You’re a Lebowski, they famously responded with "They have neither our blessing nor our curse."

Recently they showed their newest film A Serious Man at the Toronto Film Festival and after mentioning that they are hoping to get Jeff Bridges to star in an upcoming remake of True Grit, a reporter asked them what they thought of Dudeism. According to an article at Comingsoon, this was Joel’s reply:

“Nobody’s more surprised than we are.”

Well, there you have it! The official Coen Brothers response to the religion of 60,000 ordained Dudeist Priests which takes their brilliant film as its sacred source. Short, sweet, funny and to the point. We wouldn’t have expected anything more from these esteemed auteurs of wry understatement.

Also read about it at ArtVoice.

If anyone can locate a video of it, please let us know.