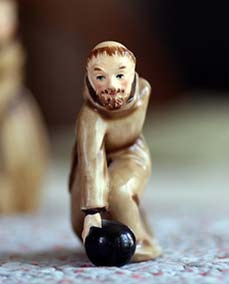 The Spirituality of Bowling, or, Ten Ways to be a Good Person…and a Good Bowler.

As any self-respecting Dudeist will tell you, bowling is incredibly significant. In The Big Lebowski, a clear connection is made between bowling and life, when Donny’s failure to get a strike foreshadows, and shortly precedes, his death. Similarly, there are numerous connections (some literal) between bowling and spirituality. Just as a parable is a story that uses metaphor to illustrate ethical truths, so bowling can metaphorically guide us to be, like, better people generally, man. Don’t understand? Well, this is a very complicated case, a lot of ins, a lot of outs, a lot of what-have-yous, a lot of strands to keep in your head. Read on…

All belief systems have codes of conduct: ethical frameworks for what is and isn’t acceptable. It’s the same in bowling. As Walter Sobchak reminds us (and Smokey), “Smokey, this is not ’Nam. This is bowling. There are rules.” To extend the metaphor to spiritual edification, all belief systems recognize morally prohibited behaviors which, if indulged, will lead straight to retribution. It’s about drawing a line in the sand, and if you go over that line, you’re entering a world of pain. A world of pain. 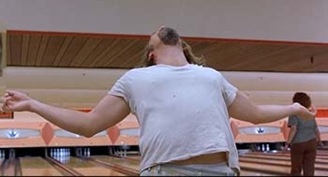 Alright, admittedly some religions and spiritual systems do not champion tolerance; however in this day and age (and for the purposes of Dudeism) tolerance of others is ethically essential. And what better way to understand and empathize with one’s fellow man than to walk a mile in his shoes? While it seems unlikely that anyone would clock up a mile in an evening’s bowling, it is an activity offering unparalleled opportunities for wearing shoes also worn by other people. It reminds us that, in the end, everyone looks silly in bowling shoes. Tolerance has to start somewhere, so the next time you go bowling make a point of tolerating that clammy, recently-worn feeling and foot/air freshener aroma of your rentals. Or buy your own bowling shoes, cheapskate. 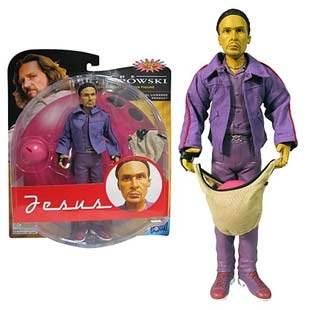 There is a moral and spiritual tradition stretching from thousands of years ago (Taoism, Stoicism) to the present (Dudeism, the Serenity Prayer so beloved of Twelve Step programs) based on accepting those things which are unpleasant, but which cannot be avoided. Of course, bowling is rife with possibilities in this area. Someone put their foot over the line? They’re out of White Russians? Your opponent did six months in Chino for exposing himself to an eight year old? Suck it up and roll.

Buddhists love mindfulness, the state of full self-awareness that comes from living completely in the moment, because it leads to spiritual and physical insight. When bowling, mindfulness is a very useful tool for improving one’s form, and therefore technique – and if you’re lucky you might get some blinding theological epiphany too. So empty your mind of all extraneous thought; stand before the lane. Look down it. Visualize the ball’s path. Pay attention to your breathing. Think about your posture. Keep your arm parallel with your body. (Still thinking about your breathing? Good.) Approach. Backswing. Release…strike. 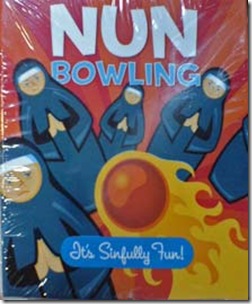 Jesus’ central message (and one that is sadly forgotten all too often by many more extreme ‘Christians’ – I’m looking at you, abortion-doctor-murdering fundamentalists) was that people should treat those around them as they themselves would wish to be treated. One of the undeniable downsides to bowling – unless you happen to be fantastically rich and have a private bowling alley in your basement – is bowling next to complete strangers who for some reason (they smell, they’re too loud, they’re unrepentant racists, they’re better than me – I mean, you) you find objectionable. Ah well. Take the moral high ground, smile, be pleasant and applaud each showy, undeserved strike. 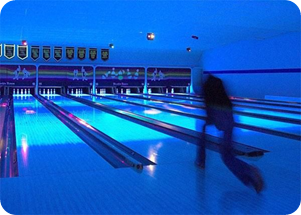 Many belief systems have hidden mysteries knowable only to the chosen. The Great Temple in Jerusalem had the Inner Sanctum open only to the High Priest; in Catholicism only priests can intercede for God’s mercy on their sinning flocks; the darkest truths about Xenu and the Thetans are conversation matter for only John Travolta, Tom Cruise and a select group of upper-echelon Scientologists. Bowling is essentially the same. As Masters Kan and Po gradually revealed their secrets to Caine in Kung Fu, so dedication to bowling will gradually reveal its mysteries. If you are confused by the scoring system, or you don’t know how to put sidespin on your ball, or you want to find out what REALLY happens when somebody rolls a 300 game, just keep at it. All will become clear, young grasshopper; all will become clear. 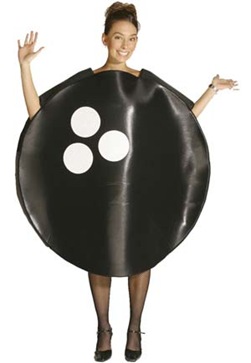 7. Walk a straight and narrow path

Tom Waits might well be a bowler. Certainly the bowling alley, a narrow strip beset on both sides by the iniquity and tyranny of the gutters, is an effective metaphor for moral rectitude. Consider this (hopefully-not-blasphemous) adaptation of Psalm 23: “Yea, though I walk through the [alley] of the shadow of [fences], yet will I fear no [gutterballs], for thou art [bang on target, coming in just to one side of the front pin for maximum impact]…” You get the point.

There’s a reason people talk of ‘practicing’ religions – it’s because you have to do what needs to be done regularly and often. Every religion requires a significant time commitment from its adherents if they wish to gain the maximum spiritual benefit, from the twice on Sundays of Christianity to the five times daily of Islam. Similarly, those serious about bowling need to be playing at least five games a week to see significant improvement. Otherwise you’ll be like one of those Buddhists/Christians/Jews who only go to temple/church/synagogue on Makha Bucha/Christmas/Yom Kippur. If you want to describe yourself as a bowler (and really, who doesn’t?), or a religious adherent of any kind, then you have to be prepared to commit. 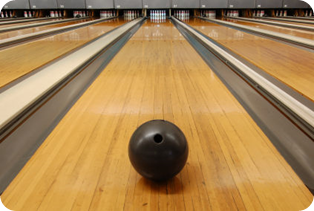 Exploration of the limits of perception has a long association with spirituality. Smoking marijuana is a rite and sacrament for Rastafarians, for example; shamans and mystics from all over the world have used psychotropic or hallucinogenic compounds to commune with spirits, animals or the world as a whole. Yes, psychoactive drugs seem to make the answers to the major spiritual questions just a little bit clearer. When bowling, there is significant (although anecdotal) evidence that keeping one’s mind limber through a strict drug regimen improves one’s performance immeasurably. So pick your poison! An ancient Gaelic druid might opt for a heady brew of mistletoe and psilocybin; I’ll stick to Caucasians thank you very much. But be warned! The application of alcohol in bowling situations is a tightrope walk between sobriety and falling-down loss of all motor skills (see point 7). 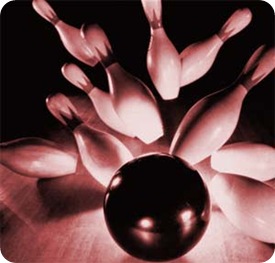 The essential point of spirituality of ANY kind is to improve the world through improving oneself – essentially, to alter one’s landscape. Since I have given so much column space to mentions of Christianity in this article, I am going to even this out somewhat by mentioning one of central tenets from Anton LaVey’s Satanic Bible (Satanists can be spiritual too; don’t be intolerant of others’ beliefs – see point 2). Satanists believe that people should sweep aside all obstacles to personal happiness. So with this idea in mind stride forth into the world and improve it, knocking obstacles aside like so many hapless pins, and may you find spiritual satisfaction. Happy rolling!