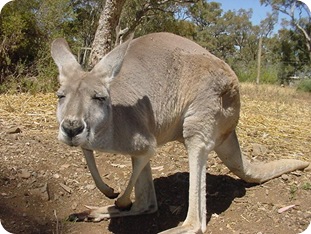 When the show X-Files was on TV I remember thinking it looked kind of stupid, and while some of the first episodes weren’t exactly stellar, I must admit the show turned into something pretty awesome. My brother and I used to stay up late and watch old episodes late at night when nothing else was on TV. They were interesting.

The other day I came across a link on Twitter about crop circles.  Apparently in Tasmania (yes, home of the Tasmanian Devil) crop circles have been appearing in poppy fields.  Now if there’s one thing I know about poppies, opium comes from them and the Shriners used to always give out the red flowers at parades when I was a kid. Well, I guess that makes two things, but my point is they’re used to make drugs. Haven’t you ever hear the rumor that you shouldn’t eat poppy seed pastries before a drug test?

Well turns out after a little sleuth work from one or several brothers shamus, they found the culprit. No it wasn’t aliens, or high-school kids, or even adults playing a joke on society. It was…

…a bunch of kangaroos high off their marsupial pouches. See, the kangaroos would get into these fields of poppy flowers that were legally being grown for medical opium.  Australia exports 50% of the world’s supply of opium used for morphine and other happy medicines.  So these kangaroos get in there, start eating the poppy seeds and before they know it, they’re hopping around in circles without a care in the world. In fact, they hop around until they literally crash and 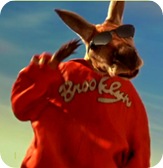 fall over. I can’t help but think if they were partial to music, they might be listening to a little Creedence while doing so.

In fact, this really reminds me of The Dude when he just got out of the doctor’s office. You remember the scene. He’s smoking a J, enjoying a beer, and trying to watch Da Fino in his rear view mirror. Before he knows it, his crotch is on fire, the beer’s not putting out the heat, and he crashes into a dumpster. Kind of makes 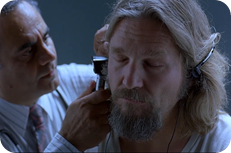 you wonder if he was imagining the car following him the whole time.