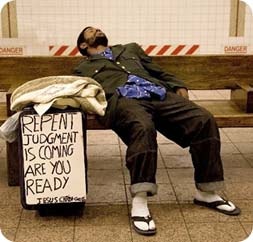 Preaching non-preachiness is one of the tenets of Dudeism that I dig most about our ethos, man.

I mean, it’s like, no matter where I go these days it seems there’s always somebody running around preaching at me about something. If it weren’t for Dudeism, it would be a real bummer, man.

Turn on the TV and there’s an exhausting array of televangelists blathering in God’s holy name, pundits ranting reactionary platitudes, and nihilistic infomercial hucksters hawking everything from ways to enhance your johnson to lifting pee stains from rugs with the ShamWow.

It’s apparently the wave of the future, dudes. 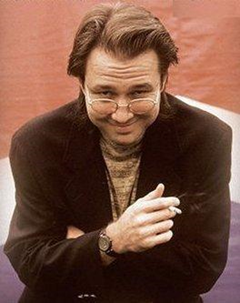 Now, I should say that we here at St. Da Fino’s try to limit our exposure to what Dudeist prophet Bill Hicks called "Lucifer’s Dreambox." (I’m talking about television here, dudes…the drug of the nation, breeding ignorance and feeding radiation). It’s like Hicks said about the undude effects the boob tube can have on our inner dudeness: "Watching television is like taking black spray paint to your third eye."

But you don’t have to sit around slack-jawed watching TV to have a massive dose of preaching paraquat squirted on your abiding. It’s even seeping into our most laidback bastions of relaxation.

In fact, the Arch Dudeship just got back to the bungalow after driving around awhile in the Arch Dudemobile and stopping at the coffeehouse down the road. I went in expecting to enjoy a nice iced coffee, but what I got served was a hot 15-minute diatribe from a fellah I know who proceeded to unfold a conspiracy theory about how all the rich fucks around the world are infringing on our basic freedoms. 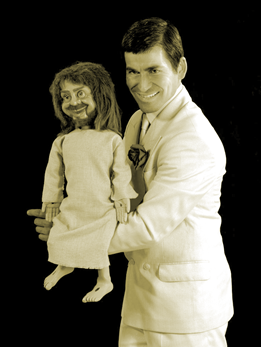 Not that I mind a good conspiracy theory every now and then (my current tinfoil-hat favorite is the one about alien lizard people running the earth); heck, I even agree with a lot of what my coffeehouse conspiracy comrade was blathering on about. What struck me as very undude on his part, though, was his uninterrupted preaching at me from his soapbox of absolute, unquestioned certitude.

One of the reasons Dudeism preaches non-preachiness is that preachiness is very undude. Just look to our Sacred Source (The Big Lebowski) for some examples. When the millionaire Jeff Lebowski starts moralizing about how "every bum’s lot in life is his own responsibility regardless of whom he chooses to blame," the Dude just slips his shades on and tunes him out. When the fascist Malibu police chief pontificates on how he doesn’t like the Dude’s jerk-off name, the Dude simply retorts, "I’m sorry, I wasn’t listening."

These aren’t instances of the Dude being rude. Well, ok, maybe they are, but they also show that the Dude knows that such blowhard certitude is very undude. 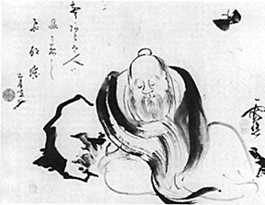 It’s like Chuang Tzu, one of Dudeism’s closest compeers, once said: "Philosophizing is to philosophize about what cannot be philosophized about. Knowing that knowing is unknowable is true perfection."

I don’t know what the fuck I’m talking about most of the time, and neither do you. Once we’re cool with that, we see we don’t have to philosophize and preach and push our agendas at each other. Maybe by just taking it easy with each other-sharing some burgers, some beers, a few laughs-and taking the time to commune-icate, we may actually end up getting to know each other better.

That’s what I take comfort in, and that’s what we here at the Church of the Latter-Day Dude try to create by steering clear of the whole preachiness thing. 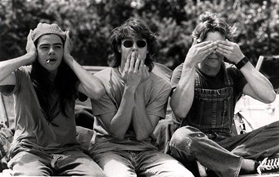 But sometimes there’s a need for some elaboration of our ethos…an interpretation that fits right in there for its time and place.

I don’t know if this here mini-movie review I’m about to unfold is an example of that exactly, but it’s something I thought about while watching one of my favorite flicks recently, a movie by the name of Dazed and Confused.

Dazed and Confused is a 1993 coming of age film written and directed by Richard Linklater.…The film depicts a group of teenagers during the final day of school in 1976.

The film grossed less than $8 million at the U.S. box office, but in recent years has achieved cult film status. Quentin Tarantino included it on his list of the 10 greatest films of all time in the 2002 Sight and Sound. It also ranked third on Entertainment Weekly magazine’s list of the 50 Best High School Movies. The magazine also ranked it 10th on their "Funniest Movies of the Past 25 Years" list. 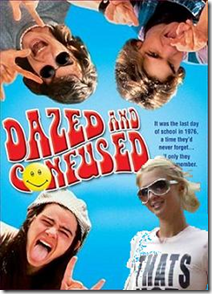 Not exactly a lightweight. And at first glance, Dazed and Confused even seems to celebrate our Dudeist ethos of takin’-it-easy. It takes place on the last day of school before summer vacation, everyone’s passing joints and bongs around, racially everyone’s pretty cool, oat soda streams like a lazy flowing river, and the biggest concern anyone seems to have is getting Aerosmith tickets.

A closer look, though, shows the movie may be more of a Dudeist cautionary tale than a celebration. I mean, for starters, let’s take the title: Dazed and Confused. Not traits folks where I come from would self apply.

But let’s not split hairs here about the title. Let’s look at the point of the story, which mostly revolves around a character by the name of Randal "Pink" Floyd and a decision he has to make. He’s the school’s star quarterback and a promising, natural-born leader who glides with laidback ease among the various high school subcultures (jocks, geeks, stoners).

The decision confronting him is whether he’ll sign a pledge that the football coach wants team members to sign, in which they promise not to indulge in alcohol, drugs, and sex over the summer. Anyone who doesn’t sign is off the team. 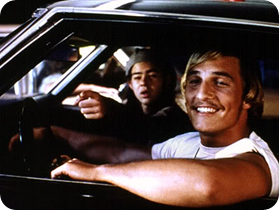 Pink, caught up in the era’s hazy live-for-today party-hearty ethos, sees the pledge as "neo-McCarthyism" and an infringement on his basic freedoms. And, yeah, it is a real reactionary thing in some ways. But is rejecting the pledge really the issue here? Characters like the psychologically stunted Wooderson (played with sleazy appeal by Matthew McConaughey) believe it is, but as the coach points out during the movie’s pivotal moment, Pink is the one who has the most to lose in terms of his life’s potential if he is kicked off the team.

Pink crumples up the oath and defiantly throws it at the coach. Seems like a pretty courageous action, but his choice not to sign the pledge is actually ironic, in my opinion. He believes he’s taken a stand for freedom, but the movie’s final scene suggests his decision has only sent him down the same nowhere road that Wooderson is on. 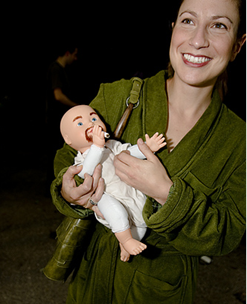 What’s my point here, dudes? Well, I guess it has something to do with not confusing Dudeism’s laidback ethos with some lame-ass rationalization for losing yourself in a fog of cannabis smoke or drowning your potential in kahlua. What our Rev. Wendy Nixon so eloquently said of female Dudeists recently can be self-applied to all Dudeists of any sexual what-have-you. A lot of us "manage to single-handedly raise healthy happy children, work, get higher educations and keep our rugs piss-free, all the while embracing a Dudeist ethos…"

Although Pink makes what appears to be a very Dude-like choice to abide, I think it’s an undude copout that will end up haunting him for years to come after the buzz finally wears off. Got that whole Marlon Brando "I coulda been a contender" thing goin’ on. 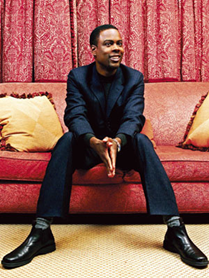 Aw hell. I’m ramblin’ again, not to mention preachin’ at you a little. I’ll shut up and kick back to listen to what you’ve got to say.

That’s what commune-ication is all about.