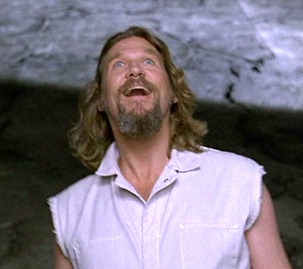 Invariably, there are some folks out there who don’t see the Dude as an especially outstanding individual. Lots of folks think him a deadbeat, a loser. Even a dim-witted burnout. He seems to make lots of errors of judgment, after all. Hardly the hee-roic type, at least by Hollywood standards.

However, this great article in the Boston Globe spells out not only why we should forgive the Dude his blunders, but why we should admire him for them. Furthermore, it explains why we shouldn’t be so hard on ourselves when we similarly slip up. It all has to do with inductive reasoning, its power and application, and its tendency to occasionally lead us into error.

I’ll admit, I myself always find it hard to remember the difference between inductive and deductive reasoning. So I tried to use The Big Lebowski to come up with a simple explanation. 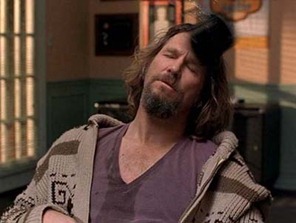 In a nutshell, inductive reasoning is when you say “I’ve observed that most people are basically worthy of trust, so I’ll trust this old man who wants me to do a job for him.” That is, you draw a tentative conclusion based on past experience. Deductive reasoning is when you say “Maybe she kidnapped herself” and then you collect clues to see if that’s true or not. In this case, you propose a conclusion and then look for experience to support it. They’re basically the opposite of each other.

Of course, the Dude was wrong on both counts: The Big Lebowski was not worthy of his trust, and his trophy wife Bunny did not kidnap herself. Ultimately, though, he does solve the case. And he does so via inductive, not deductive reasoning. And he’s the only one in the movie fit to do so because he’s the only one who “Fucking listens occasionally.” In fact, he listens skillfully, earnestly and often. 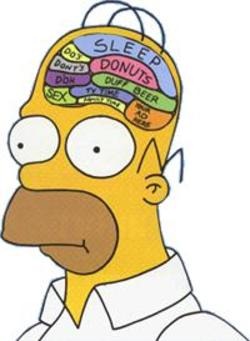 It seems that, fundamentally, the power of inductive reasoning lies in our ability to listen: to be open to new experience, to collect raw data and play with it until we detect a pattern. In the universe of The Big Lebowski, all the characters other than the Dude are remarkable for their inability to pull their heads out of their own tuckuses. Everyone has a pre-formed opinion of the way the world is and tries to bend reality to fit that prejudice. The Dude, on the other hand, has no strict opinions about anything – even the concept of “opinion” itself. After all, when someone tells you they’re “gonna fuck you up” and you say it’s just “their opinion”, you probably don’t hew too tightly to orthodox interpretations of words. He knows there’s not a literal connection. Just a symbolic one.

While the Dude’s somewhat promiscuous approach towards what is or might be true leads him down several blind alleys, it’s also the most powerful of all his qualities. It’s what makes him the man for his time and place. With no immobile ideas about the world, but an always-growing wealth of experience and observations with which to form tentative, self-eccentric guesses, the Dude is the ideal protagonist to navigate a post-postmodern world in which we can no longer rely on either Nihilistic or Fascistic approaches to the rapid changes and continual reshuffling of concepts that make up the psychadelia of modern life. 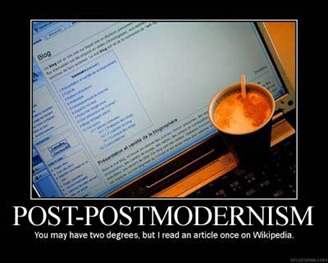 In other words, somewhere in between the implicit Nihilist threat of Post Modernism (Uli and his gang) and the violent and corrupt Fascism of Traditionalism (The Malibu Police Chief) lies the flexible, pilant and ever-evolving Dudeism. The Dude (and hence Dudeism) may get a bit bruised at times, but he emerges triumphant in the end because, like the Tao, he “flows” with the punches, bends like a green reed, and shrugs away misfortune and mistake until finally making it to the finals.

The recent rapid rise of Richard Dawkins-style Atheism as a counter to Nihilism and Fascism has brought to the fore the importance and skill (and common misunderstanding) of rationality. But too often when we think of reason we think of scientists toiling in a lab working in shifts. Dudeism too is based in reason, but emphasizes the kinder, gentler side of reason. I’m talking about Inductive Reasoning here.

Once Abide University gets off the ground, we’re going to make sure to offer some classes on Inductive Reasoning. The homework, of course, will consist mostly of bowling, driving around, and the occasional acid flashback.

P.S. For a good example of how Postmodernist theorists abuse deductive reasoning in order to bend the world to their whim (instead of more the Dudely opposite), read this recent article about the Internet in The Guardian. What in Baudrillard’s holy name is he blathering about?