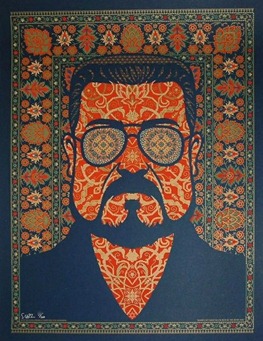 An in-depth analysis of Walter Sobchak, his attitudes and personality

At first glance Walter Sobchak seems a person whom time has passed by. He is someone who has reached an age at which the world no longer resembles the one in which he learned to survive.

The problem is that, for Walter, the world was never as he wanted it to be, and he never quite fits into it. He is continually confronting the gap, refusing to admit that his perceptions might be wrong.

Walter can of course be very pleasant, so long as he perceives that others treat him with courtesy, and respect the things about which he cares. But when someone fails to follow his protocols in an interaction it immediately throws him into a fit of rage–“There are rules,” and you have violated them.  It is not that he wants his way because it is his way, but because he believes that way is right, fair, and respectful.

You are more likely to assailed by Walter if you fail to remove your hat when the flag is passing by than if you accidentally drop something on his foot. 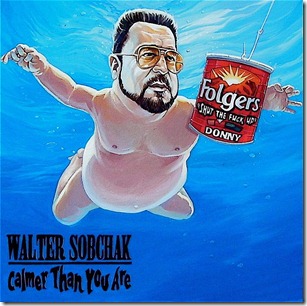 Accidents are a part of life, but blatant and premeditated disrespect for important values is a hanging offense.  Walter believes that you know everything that he knows. If you don’t, then he will take the time to explain it to you. If you don’t believe, discount what he says, or merely don’t understand him, then you are a “dipshit,” a “fucking amateur”or at the very least “out of your element.”

Walter has studied everything worth knowing: “I once dabbled in pacifism myself”  he admits. He is cultured, sophisticated and witty. But if you embarrass him in any situation and demonstrate that he is not really any of these things, then you have “crossed the line” and justice will be swift, though often disastrous.

Despite his erudition, Walter’s greatest shortcoming is that he is naïve. Just as the Dude’s bowling poster icon Richard Nixon didn’t know how to properly break the law and bungled it, Walter’s expertise and savvy seems to come mostly from books and movies.  His sophisticated plan for securing information from kidnappers is to “grab one of them and beat it out of ‘um.” 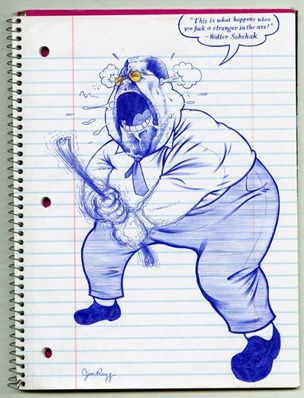 Walter is a man whose personal life is in such chaos that he relies on “rules” in order to provide concrete support. Otherwise he could not function and would drown in the disorder and uncertainty of everyday life.  Pulling a handgun on poor Smokey because of a minor disagreement is an example of this.  “Am I the only one here who gives a shit about the rules?” he screams as he cocks the gun. If one slip is allowed to slide, all of civilization is bound to follow.

Walter was most impressed when the Dude told him that the assailants were Nihilists. Walter responds,“Nihilists! Fuck me! Say what you will about the tenets of National Socialism [Nazism], at least it’s an ethos.” To Walter, no rules is far worse than terrible rules.

The Nihilists were in fact the polar opposite of Walter.  He considered them very dangerous people because of their lack of values. This is most telling at the end of the movie when they complain “it’s not fair” that they aren’t going to get the ransom money. Walter shouts, “Fair! Who’s the Nihilist here?” I think that he was most angry because they had violated there own no-value system by suddenly insisting on values. They had broken their own rules! 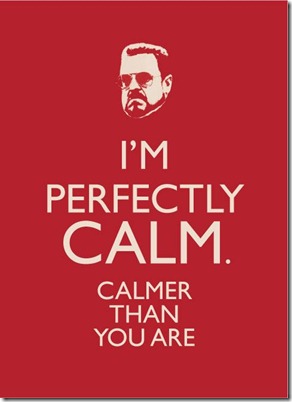 This is my favorite part of the movie. These “fucking amateurs” decide that they will accept what ever cash Donny, the Dude and Walter have on them in lieu of the ransom.  Everyone seems okay with this except for Walter, who shouts: “No! What’s mine is mine!” It calls to mind Thorin Oakenshield in The Hobbit, standing alone against two armies, refusing to give up the dragons horde of treasures.  Donny’s telling concern, “Are they going to hurt us?” is assuaged by Walter’s first show of kindness to him, “No Donny, these men are cowards.” Which of course demonstrates that Walter has no idea how serious the situation really is.

The most phenomenal thing is that when the three of them attack, Walter, who has a pistol in his bowling bag, instead of ending it right there and making them leave, throws the bag at one of them, breaking three of his ribs. Then he rips another’s ear off with his teeth and punches him in the face. This is all typical action-movie behavior.  It’s not the way real people would act, but Walter approaches life through the lens of cinema and literature.

It can be crippling to go through life this way, never growing, never building on ideas and incorporating the inevitable changes in beliefs and values that knowledge and experience requires.  I cry for Walter because he seems so very real to me. This is a man who, like a moth around a flame, just keeps going in circles, burning himself in frustration and anger.

Previous Post: The Big Mytholoski: The Mingling of Mind and Movies
Next Post: The Preferred Nomenclature: The Dude is Immortalized in Biological Science