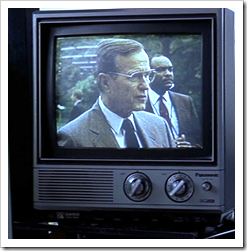 H.W. Bush’s and The Dude’s “This will not Stand”

by His Dudeness Mark Mac

HAS THE WHOLE WORLD GONE CRAZY? I’ve always wondered why the pundits never discuss or get to the crux of how we got ourselves in the USA and the rest of the world in such a world of pain and unrest over the last 20 years. While I was smoking a J and listening to my favorite recordings of whale calls while relaxing comfortably numb in my tub the other night and pondering this very question, it occurred to me that January 2011 marked the 20th anniversary of the beginning the United States of America’s involvement in the Gulf Wars. I then preceded to reminisce of what the Dude, my alter ego, would have to say about this, especially since his story and inception from the much celebrated movie “The Big Lebowski” was too of this period in our country. Myself, having been a Duder before I found out being Dude was cool, I summoned deep into my inner Dude to conjure and convey his Dudeness’s thoughts, observations and parlances of our times and want to share them with you. This is a very complicated case, man you know, a lotta ins, lotta outs, lotta what-have-yous. And, uh, lotta strands to keep in my head, man. Lotta strands in old Duder’s head. Luckily I’m adhering to a pretty strict, uh, drug regimen to keep my mind limber for this rendering. 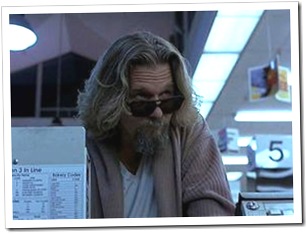 Now this here story I’m about to unfold took place back in the early ’90s – just about the time of our conflict with Sad’m and the I-raqis. I only mention it because sometimes there’s a man… I won’t say a hero, ’cause, what’s a hero? But sometimes, there’s a man. And I’m talkin’ about me the Dude here that actually has followed the flow of events over the last twenty years and I’ve got information man! New shit has come to light in regard to our quagmire in the Middle East!

Wikileaks recently released US State Department communications they had with Saddam Hussein in 1990 before the talk of war, and it’s not pretty.The Duder’s conclusion –Twenty years of warring and fucking this up with the Iraqis and the region could have been totally avoided! 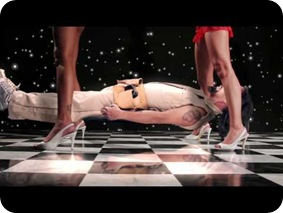 I had an acid flash back several years ago of a happening onto an article by Professors John Mearsheimer and Stephen Walt in the January 2003 edition of Foreign Policy on the net. They said “Saddam Hussein approached the U.S. to find out how it would react to an invasion into Kuwait before the start of the first Gulf War in 1991. Along with our ambassador Gillespie’s comment that ‘We (The USA) have no opinion on the Arab–Arab conflicts, like your border disagreement with Kuwait. The U.S. State Department had earlier told Saddam that Washington had ‘no special defense or security commitments to Kuwait. The United States basically give Iraq a green light to take out Kuwait.” 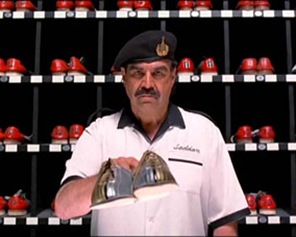 We just didn’t think or bother to tell Saddam he’d be in a world of pain , a world of pain if he invaded Kuwait and that we would fuck him up if he did it! We fuck you up Saddam! He was broke from the Iran-Iraq war in which we encouraged him to fight and was clearly out of his league leaving him with little cash. The Kuwaitis were putting the squeeze on him for moneys borrowed and disputing over some petty oil fields to the north, while we were both imploring and benefiting from OPEC and Kuwait keeping the oil cheap at $9 a barrel which was undercutting Saddam’s ability to raise moneys and pay… yeaahh.. I mean do you remember man?? Ah…Ah… I just lost my trend of thought…..Whoa.. lot of strands in old Duder’s head and… I….Oh yea, hell, he couldn’t pump oil fast enough at that price to cover his debts and that’s, that’s cool, I’m, I’m saying, he needed money, man. And of course he’s going to say that they didn’t get it from the Kuwaitis, it, because… he wanted more, man! Saddam had to feed the monkey, I mean uh… hasn’t that ever occurred to you, man? Sir? He owed money all over town! 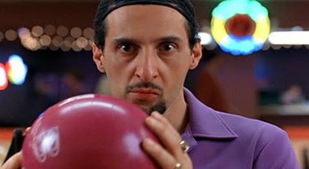 Saddam Hussein complained loudly and we didn’t listen. Daddy Bush’s State Department were a bunch of eight year olds, man, a bunch of amateurs. H.W. was preoccupied getting us out of a recession before his upcoming re-election bid in the US in 92 and cheap oil served him well. So being over looked and ignored by the US, Saddam did what any respectable Dictator would do if dissed and broke. He invaded by force the very profitable operation next store and pissed on their rug. Not on the rug man! They disrespected him and you know he was sensitive, which most people did not know that. It seems he had no reason to think we would mind, after all the USA had been on his side for a decade in the Middle East fighting Iran and he thought we respected him with his willingness to be a creep that could roll. Besides, US State Department stance was “ NO OPINION,” “WE DON’T INTERFEERE WITH ARAB BORDER DISPUTES.”, as Saddam’s amassed his armies on the Kuwaiti border . 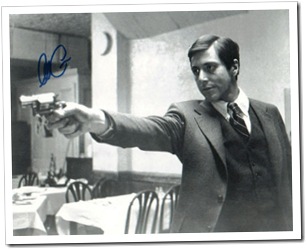 Are you kidding me ??? Fuck man, we could given him 1/1000 of what we spent to defeat him before he made the move on Kuwait and we would avoided 20 years of war, thousands of lives lost, over a trillion dollars wasted, and maybe even 9-1-1. We could have told the Kuwaitis to erase his debts, de facto.

Look,  H.W. , you don’t go warring with someone that you‘ve already got doing what you want them to do. You can’t get away with it when we all know all you had to do was to feed the monkey. The monkey misbehaved because you didn’t feed it! There’s no War if you don’t have a adversary. That’s what war is. Those are the fucking rules!

We could at least reminded him about that word of pain he was about to enter, a world of pain! Instead we offered a world of unchecked aggression. Saddam was one our most secular Arab leader’s in the region, talk about a lost ally against radical Islamist! He didn’t assist Acadia, fuck, he hated Acadia who were part of that Islamic zealot thing man. Racially, he was pretty cool. His favorite movie was “ The Godfather” and he loved having things, man. I know Nihilist man, they worship nothing, and he was no Nihilist. He worshiped money, power, and especially his own perceived greatness. He’s what we love in the USA, a narcissistic capitalist at heart, a regular Michael Corleone. He even loved Doritos. That creep could roll, man. 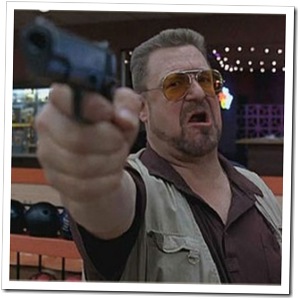 It’s no doubt he was a Asshole with a capital A, but what good capitalist isn’t to get to the top. Yea, he would have backed down for some money, man, but once we slapped him in public instead of putting some money in his cash machine he had no other option but to fight. I told you he was sensitive. He was ruthless but he kept the peace and that’s the way the way the Middle East has always rolled. Far more people would be alive, safer, and wealthier today if we had just kept Saddam in the fold and kept it Duder cool over there in Iraq with it’s ins and out and what have yous, man.

Our inept errors in 1990 by US State Department helped jump start us on a non ending conflict in the Middle East and started an expeditious escalation of Islamic Radicals thru out the world. Nobody likes to be occupied, man.

You can bet the second war in 2004 called Operation Freedom by Bush Jr. and Cheney, all neo-cons, was started behind the cover of 9-1-1 and supposed weapons of mass destruction, but what was really going on besides the sophomoric OCD desire to show off and justify the military might of the US, was the obvious consideration of the benefits to follow for the Halliburton and the rise in oil prices to benefit Big Oil. 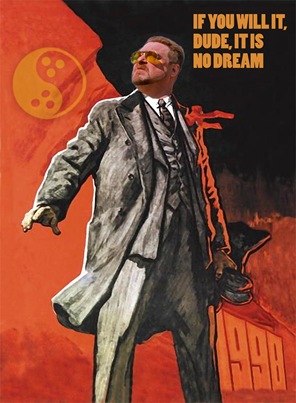 Bush Jr. and Cheney didn’t need low oil prices any more to get elected. The economy was rolling thanks to Clinton. It was time to raid the flush treasury of the USA.

It’s like what Lenin said… you look for the person who will benefit, and, uh, uh… That be V.I. Lenin. Vladimir Ilyich Ulyanov. What a bunch of paraquats, man.

Thanks so much to the bunch of amateurs in our State Department in 1990 who handed our elected officials connecting tickets for a never ending train ride of entanglement in the Middle East. Thank you President H. W. Bush and your famous“This will not stand” to the Iraqis and also W. Bush’s and Cheney’s desires to finish Saddam off without any thought of what was to follow! Weapons of mass destruction.? Yea well, that was just like your opinion man. That’s a bummer man! It’s uh…it’s a bummer. 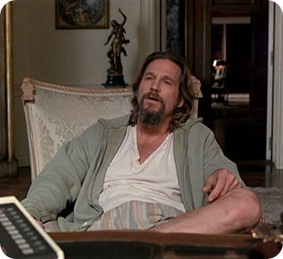 I don’t know if we’ll ever completely get out now in the Middle East now that we screwed up it’s delicate equilibrium that was thousand of years in the making. But who knows for sure how this story will end up. I really like their style in Egypt with that Facebook and Twitter revolution thing going on and their taking their own fight to the man. Come to think of it, I suppose if we’re over there to keep democracy alive, so they tell us, (they couldn’t find the mass weapons of destruction) well maybe we could just go home and leave it to Facebook and Twitter to empower these freedom seekers. We’ve witnessed this week the enlightened power of the people in the Middle East against oppression. Education and a taste of freedom are tough advisories to contain once released! The Dude, why he fits right in there. Let them learn the way of the Duder and chant,. “this will not stand, ya know, this aggression will not stand, man.” Let them decide their own future! I don’t know about you, but I take 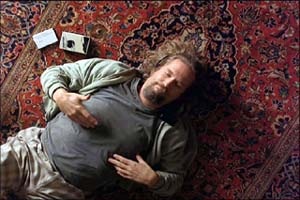 comfort in that. It’s good knowing there always possibility of a better future. Let’s just go home and go bowling.

It’s for that reason I’m optimistic even in our own county that the “nice marmot of free speech” is scratching up the system of censorship and oppression with unfettered ideas turned loose via the new global social networks. Here’s to Facebook and Twitter and the growing religion of Dudeism loosely following the Chi of the Dude in the Big Lebowski” with truisms like“Going with the flow” and “Takin it easy Man!” Let’s just go home and go bowling.” 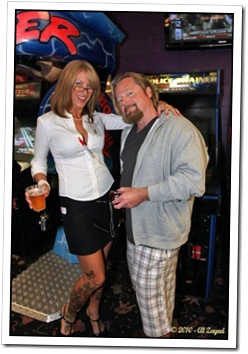 P.S. Just in case you’re an amateur, all bold typed words were skillfully remastered extracted dialogue lines from the beloved and ever growing popular classic movie of our times “The Big Lebowski”, restored to it’s greatness by Forever Young Film Preservations under directions from Mark Mac. Thank you and enjoy.