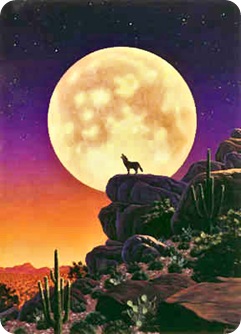 Out here in the desert southwest life can be pretty easy going if you let it be. A Dude can just sit still and see things tumbling down, pledging their love to the ground. Yup, life can kind of just go by and drift with the tumbling tumbleweeds.

Dudeman Nature appreciates the solace of the calm and quiet desert and figures there’d be far worse places to set up shop. Yet, takin ‘er easy ain’t exactly the American way and so, a Nature Dude always has to keep an eye out for his desert home. She’s very fragile, man. The desert is not made for the violent onslaught of human development that has taken place upon it. The land is easily scarred and takes a long time to recover.

This observation has not stopped folks from riding her hard and puttin’ her away real dry though. First, there were the folks that seemed to think grazing lots and lots of cattle was a legitimate use of a place where there was little rain and only a bit of dry grass at best. The desert has suffered for this and has been permanently altered. Nowadays plowing down big tracks of saguaro cactus (a species unique to the Sonoran desert) to build housing developments seems all the rage – at least it did till the housing market crash – the desert heaved a sigh of relief when that hit and so did the Dudeman Nature. Meanwhile, the desert grows more and more thirsty as the bulk of the water gets sucked out of it to serve the constant influx of folks looking to live in the sun. Can’t blame ‘em, it’s purty durn nice, 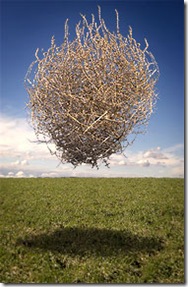 which is why I live here.

Yet, there are ways to live here without killing the land but only a handful of folks seem interested in that approach to living and very little conservation ends up incorporated into development. Bottom line is this, the Sonoran desert, like so many places, needs defenders to make up for the fact that cactus, lizards and roadrunners don’t get to gripe and bitch in court about getting paraquated. They just kind of slowly disappear until you just don’t see ‘em around anymore.

But there have been a few, I’m taking about real Nature Dudes here, that have stood up and spoke for the land when they saw it being raped by the so called Achievers. One in particular is a bit of a legend down here in old Tucson, Arizona, even though he’s been dead for some 20 years. We, The Nature Dudes, are still bereaved. 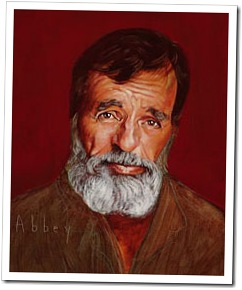 Way out here in the west there was this feller, a feller I want to tell you about, named Edward Abbey, at least that’s the handle his loving parents gave him. Not sure what he thought of his given name but he was known by many as "Cactus Ed," and even if he was an abrasive and ornery man, he was a Nature Dude extraordinaire. He was also quite a writer of both fiction and non fiction, a hell of a funny guy who made many laugh beat the band and a complete Anarchist to boot. Cactus Ed took on industry, politicians, the ranching lobby, the government and pretty much anyone else who assaulted our special lady, Ma Nature with a Port Huron Statement like zeal. He would have made the original Dude proud and if they crossed paths I’m sure they would have admired each others’ style.

Before moving down here to Tucson, Abbey lived up in Moab, Utah and worked in Arches National Park just a few miles down the road. I too lived in Moab for a year or so and can see why Ed dug the place so much; dramatic looking red-rock formations with a backdrop of the towering La Sals Mountain range. It’s one hell of a unique place and you don’t have to be a park ranger to appreciate it. Arches National Park was a dear place to old Cactus Ed and I believe he would agree that it tied the whole landscape together in that there region.

While In Arches, Abbey wrote Desert Solitaire, one of his best known works that has been compared to Thoreau’s Walden, only in my mind edgier, funnier and more up-to-date. Ed didn’t understand our modern need to alter and exploit wilderness at every given

opportunity and felt personally assaulted when it was recklessly attacked for the purpose of so called progress. He felt that the rest of us should feel assaulted as well and didn’t mind telling us so. That was his mission, to stop the achievers and nihilists from destroying our original source of life and inspiration, the wilderness, by pointing out these folks are indeed, human paraquat.

Here’s a sample from Desert Solitaire:

But the love of wilderness is more than a hunger for what is always beyond reach; it is also an expression of loyalty to the earth, the earth which bore us and sustains us, the only home we shall ever know, the only paradise we ever need–if only we had the eyes to see. Original sin, the true original sin, is the blind destruction for the sake of greed of this natural paradise which lies all around us–if only we were worthy of it. 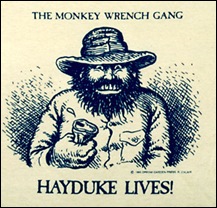 After Desert Solitaire, Abbey wrote a bold, controversial and humorous novel called The Monkey Wrench Gang. It’s about a group of eco-warriors, rebels that have had enough of watching the cancerous growth of human progress sprawling across the southwest landscape and decide to do something about it. They sabotage road-building equipment and plot the destruction of bridges and dams all in the name of preserving wilderness and stopping senseless progress. The novel became a cult classic of sorts and had a strong enough following to inspire the creation of radical groups like Earth First!, known for their illegal, progress halting, destructive activities. Of course, Cactus Ed was writing a work of fiction and stated it was meant to be a symbolic satire to amuse and entertain. He never joined with these radical groups but was associated with some of the members. All in all it’s a purty good read which I’d highly recommend. 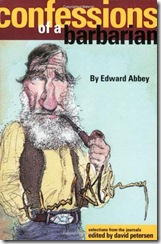 Abbey eventually made his way down here to Tucson, AZ and worked summers up in a fire tower down around the Mexican border. Working in a fire tower is a solo endeavor few could tolerate, even lots of so called loners. You sit all day, by yourself and look for signs of wild fire to report to the firefighters. You live up there for weeks at a time, alone. So, Ed spent lots of time there alone, writing and ranting, crotchety and complaining about loneliness and lack of special lady friends to comfort him. You can read some of these journal entries in Confessions of a Barbarian, one of my favorite Abbey works.

It was just this last Christmas, when Dudeman Nature found himself in a similar mind space as that of old Cactus Ed in the fire tower. I was away from family, no special lady about, midlife caching up and getting the best of me. Yup, it was time to make my pilgrimage, pay my respects to a man whom, if only through his writing, I feel like I see eye to eye with, a major influence on my life philosophy and (in a literal connection) my life path. I wouldn’t say a hero, but certainly 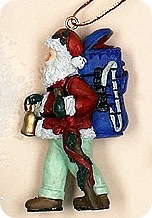 a legend. Maybe a hero even. Aw, hell, I done complimented him enough.

I packed my backpack with my sleeping bag, food and enough oat sodas to get me through a solo Christmas. My Chevy Prism somehow crept along the muddy road to the tower trail head. The weather was stormy, wet and by Arizona standards, damn cold. I trudged up the 3.5 mile trail noting some cool birds along the way. Eventually, I came to the tower a bit before sundown, a sturdy wooden structure at the very 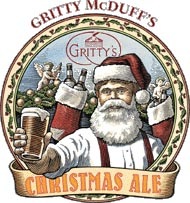 pinnacle of the mountain. The cloud cover broke enough to let streams of sunlight down in patches on the golden rolling hills below. It was a stunning sight and I could see once again why Abbey was so compelled to spend time here.

However, it did no take long for the wind to kick up and the fog to roll in obscuring the peak in a cloud of damp cold. With a Grinch-like condemnation of the weather I shut the door and barricaded it against the howling wind. I downed some oat sodas while reading through Abbey’s journal entries with my head lamp. Cactus Ed’s bold outspoken style has been mimicked much since but he was truly an original, a man for his place and time, kind of fit right in there, Abbey in the desert southwest, writing from the 60s to the 80s. Eventually, sufficiently buzzed, I crawled into my sleeping bag and figured spending Christmas with the ghost of one of the greatest wilderness advocates ever was a sure sight better then spending it alone in front of the tube, and gift good enough for one who doesn’t much admire the consumer Christmas tradition. Bah, Humbug. 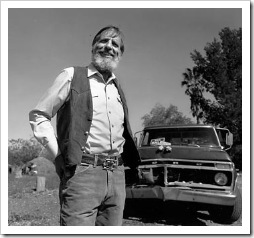 Ed Abbey, like so many men of his generation, died before his time in 1989 at age 62 from esophageal hemorrhaging. He was buried by his friends out in the Arizona desert under a pile of rocks. Not being embalmed or put in a box and ignoring all laws of legal burial was his last and final act of rebellion. His final words scratched on a rock by his friends near his grave are reported to be "No Comment."

Even though Ed passed away younger then he should have, I’d like to think he died with a smile on his face without thinking the good lord gypped him. After all, he had many more adventures than most men who live long lives and influenced the minds of millions to take action through his writing.

A few quotes from Cactus Ed, for further on down the trail:

"Anarchism is not a romantic fable but the hardheaded realization, based on five thousand years of experience, that we cannot entrust the management of our lives to kings, priests, politicians, generals, and county commissioners."

"Better a cruel truth than a comfortable delusion."

"Growth for the sake of growth is the ideology of the cancer cell.”

"Society is like a stew. If you don’t stir it up every once in a while then a layer of scum floats to the top."

"A patriot must always be ready to defend his country against his government."