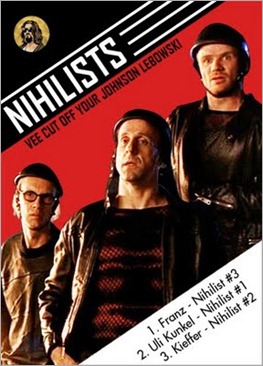 Abiding and Nothingness:
The Two Sides of Nihilism

I was sitting around, drinking the sacramental White Russian the other day and as I watched the dark liqueur mix in with the light milk and clear vodka something pretty durned interesting occurred to me. As I was contemplating the whole "existence" thing, the problem a lot of us have figuring out what exactly the heck is goin’ on here, and I realized there’s a lot more to the story than I’d thought.

In the Big Lebowski, the nihilists are portrayed as a bunch of fuckin’ amateurs out to get their cut of the Big Lebowski’s money while on a beeline for self-contradiction, cutting off their own philosophical Johnson, so to speak. This is how most people view nihilism, as a philosophy of bland, whiney, nothingness bumming everyone out. However, there is also the ying to this yang, the milk to the Kahlua if you will. Meaninglessness, nothingness, and all the other fixin’s of an uncaring universe can be a canvas fit for the bright colors of the almighty Abide we Dudeists know and love. 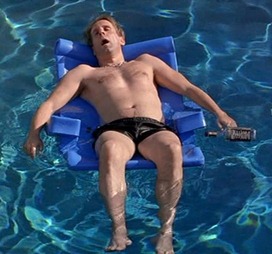 Now what exactly am I rambling about? Dig this: nihilism is the blunt fact that within the vast expansion of the universe our actions become as trivial as squashing ants. The tragedies that have plagued history are mere footnotes in the universal dictionary. Catch my drift? Now I don’t mean to bum you out, so let’s consider the other angles. Given this fact, whether you accept it as such or not, there is the choice of falling into a deep depression, believing in "nossing" and drinking fifths of Jack Daniels until passing in a pool somewhere, or you could take a step back and laugh at the practical joke it really is. There are two ways to say "fuck it": one that helps escape unnecessary troubles and one that causes more. 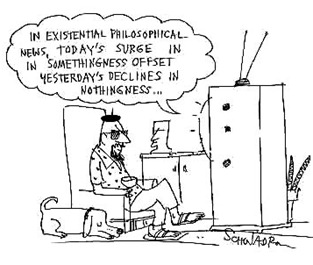 If this sounds familiar, it’s because a fella by the name of Jean Paul-Sartre came up with a handle for all this, he called it Existentialism. Now, Existentialism that’s not a name anyone would go around self applying where I come from, but it has its worth. He saw the absurdity of the universe for its positives rather than the negatives. Though both are equally plausible perspectives to take, why be a bunch of reactionaries? Instead his take on the philosophy positioned the absurd as a platform for absolute freedom. Since one choice is just as valuable or invaluable as the next, why not see the world as a clean slate upon which to sketch a new outlook?

Take the Dude for example, he drifts through the world like a feather, landing from place to place, making of it what he pleases. There are surely some nihilistic/existential undertones to his philosophy of life. While those around him cling to the past, their possessions, prospects of fame, fortune, and status symbols the Dude just passes through like a stream, aware of the world’s fleeting nature. 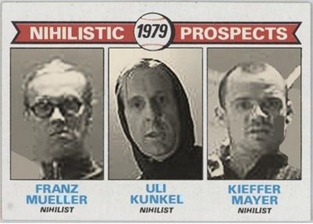 Existentialism is quite similar to Taoist and Buddhist thought in their ability to take a step back and consider the big picture without discounting all of the details that make up the whole of it. What separates the Dude, Taoists, and Buddhists from conventional nihilists is that these Dudes still take joy in the madness, in fact they laugh right along with it. While many people stress and fret over their time here and all the ins and outs of the human condition, the Dudes of the world see them for what they really are – dust in the wind. Without looking at the big scheme of things it’s easy to be a cynic and give up on the world. However, like a Jackson Pollock painting, you can’t really appreciate the beauty unless you take a few steps back and absorb the whole thing at once. 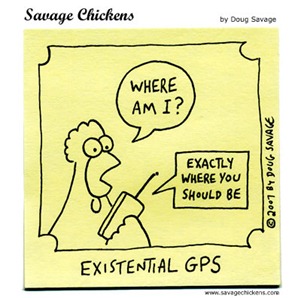 Even in our lives, the ups and downs, in and outs, strikes and gutters all add up to be one beautiful symphony. Embracing the flux-uation, keeping things in perspective, and abiding make for a cocktail that will put more pep in your step than anything you could put on the rocks. When others raise their hands to the sky and cry "why?" simply raise your glass and intone "why not?" If there’s one thing that eastern thought drives home is that duality is essential only so long as you realize that underneath it all there is no duality. There never was any fucking duality. We’re all just tossing out ringers for ringers. It all makes for a purty good life story, but at the end of it all, there may be no literal connection. Or any connection, for that matter.

When The Dude and Walter visit the mortuary to collect Donnie’s cremains, the wall of the office is emblazoned with a line from Psalm 103: “As for man, his days are as grass.” This is another way of saying “life is short.” A less popular interpretation, one that we Dudeists fully support, is that life is all about getting high. Believe in something or believe in nossing. It don’t matter to the Dudeist. It’s ringers all the way down. Goodnight, sweet principles.