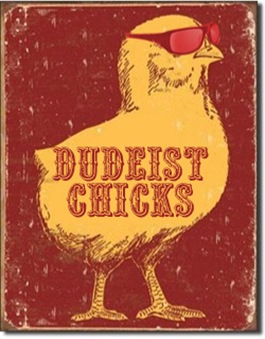 So far Dudeism is a largely male religion. There are various opinions as to why this is. Some draw attention to the word "Dude" the cause, saying this implies a male-oriented way of thinking. I’m a native of The Dude’s blessed homeland of Los Angeles, and I can say that in my native dialect the term "Dude" is a gender-neutral title. I can say "Dude, let’s get a burrito" to anybody.

That being said, "Dude" does occasionally have more male connotations, but usually only when it’s specifically contrasted with a female word as in, "I know the chick who is dating that dude." Still, I’m doubtful that the gender imbalance Dudeism is experiencing has anything to do with linguistics. I think it’s got more to do with the fact that because The Dude is male, it’s easier for men to identify with him on a superficial level. It’s going to take a little bit of work to help special ladies look past the beard and find their Dudeliness. 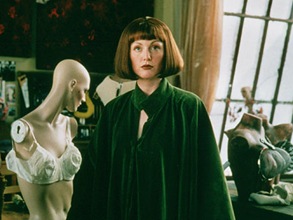 In feminist circles — those are folks who dig strongly vaginal stuff — it’s often said that you can tell if a movie is sexist or not based on whether or not there are (a) two or more female characters (b) who speak to each other (c) about something other than a guy. The Big Lebowski doesn’t quite achieve this. The female characters all seem segregated by the men in their lives. The two most important women in the movie represent the far opposite ends of the spectrum. Maude is cold, overly formal, and wants very little to do with men. Bunny is a selfish nymphomaniac bimbo. All we know about their relationship is that Maude despises Bunny. Admittedly, this is easy to understand but it doesn’t help that the only relationship we see between two women is a hostile one. 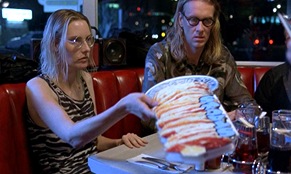 There are only a few other females in The Big Lebowski. Karl Hungus’ girlfriend, who has no name, allows her man to mutilate her. The uptight coffee shop waitress, who has no name, and doesn’t stand up for herself when Walter gets out of line. Walter’s ex-wife Cynthia is never seen but her invisible emasculating presence seems to be the root of a significant amount of what is wrong with Walter. The flick could easily be construed as being deeply misogynistic. 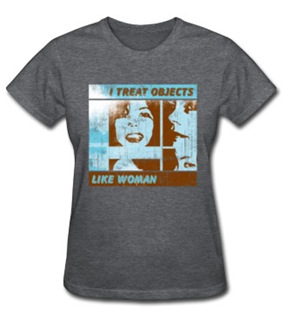 But let’s be fair. Although there isn’t really what I’d call a positive female role model in The Big Lebowski, the male characters aren’t admirable people either. Walter is abusive and unpredictable. Donny is a wimpy doormat. The Big Lebowski is a manipulative crook. The Dude, Walter and Donny are bound together as friends apparently only because of their shared love of bowling, because they don’t seem to have much else in common. With the exception of The Dude, every character in the film abuses or manipulates everyone else.

It’s The Dude’s ability to transcend the chaos with grace and patience that makes him the hero. These characteristics have nothing to do with his gender or what-have-you. His ability to float past the rough edges on the people around him allows him to, literally, "abide." This is the great lesson of The Big Lebowski; all of us have parts that are broken and some of us are sociopaths. The sooner we just accept that, the sooner we can coexist with those who are capable of coexistence and sidestep those who are not. So while The Big Lebowski is set in a predominately male world, the genders of the individual characters matter less and less as you manage to accept interesting, dysfunctional people for who they are. That’s the essence of abiding. 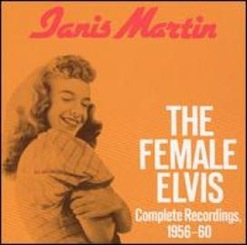 It will be, at least in the early years of Dudeism, problematic that The Dude is a male figure. Chicks have been screwed over by patriarchal religion for over 5,000 years now, and the sorts of special ladies that might really have something to contribute to Dudeism might be wary of a philosophical icon that might at first glance look like just another incarnation of The Man. After all, the maleness of all the dudes who started pretty much every other religion out there has been used as an excuse to exclude women from leadership and full participation. We’ve got to transcend gender and shift our thinking so that we don’t look at The Dude as being defined by a pair of testicles.

Dudeism represents an opportunity for a fresh start free of the harmful gender constructs that our society is still dragging around like a smelly old suitcase. When the most admirable character in The Big Lewbowski is a guy and all of the women are less than likeable, it taps into some deep problems in the way we’re trained to think about who we identify with. Female Dudeists shouldn’t be forced to compromise by identifying with Maude or Bunny. They aren’t the hero; The Dude is. 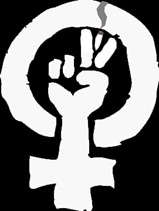 Differentiating between "Dudes" and "Dudettes" or "Chick Dudes" doesn’t seem to help much with this problem. The terms "Dudette" and "Chick Dude" places women in the category of "other." It reinforces the idea that the default gender is male, and women are lumped in as an afterthought. It’s hard to truly abide when you feel like an exception to the rule.

This is the new shit that needs to come to light: we’re all just Dudes. We can make the word, in the parlance of our times, a gender-neutral term. Dudeism has a lot to offer to everyone. The more we work to be sure we don’t use a subtle language of exclusion, the better.

[NOTE: One of the articles accusing Dudeism of being "phallocentric" here. Plenty of good discussion in the comments section. And our forum thread concerning the topic here.]