The Stranger’s only question to the Dude is this: 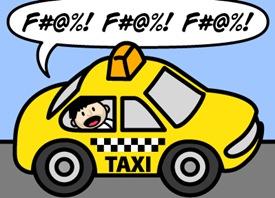 Why does the Dude have to use so many cuss words? We all know that The Big Lebowski is high in the running for most cuss-word filled movie worldwide. But most other films equally extra-expletived are mostly violent, sadistic films that are not meant to make you feel all warm inside. And Lebowski makes us feel far-out.

What’s more, "potty mouth" is generally the only objection we over here at Dudeism get from folks who visit our site. Here’s a message we got from an earnest grandma in Texas:

I know that I’m square, but I don’t appreciate the bad language appearing on your page.

A concerned Mom and Grandmother

Of course we informed her that the Supreme Court has roundly rejected prior restraint but never heard back from her again. Hopefully the dear isn’t organizing a Lebowski DVD-burning in Dallas. 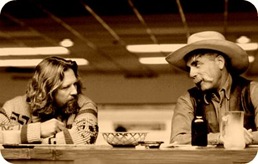 Still, it’s an important issue — this idle idol of ours unfortunately has the tendency to offend people who sometimes take his blazing blathering the wrong way. But still, his fluent Fuckish dialect manages to endear many of us to him somehow. Why? How the fuck should we know?

Luckily, a recent study from Britain’s Keele University may have figured out why: Turns out that cussing is basically a highly-effective pain-killer. Swear words are like little morphine morphemes.

According to researcher Richard Stephens:

"[Swearing] taps into emotional brain centers and appears to arise in the right brain, whereas most language production occurs in the left cerebral hemisphere of the brain. Our research shows one potential reason why swearing developed and why it persists."

The article then explains:

Their study involved 64 volunteers who were each asked to put their hand in a tub of ice water for as long as possible while repeating a swear word of their choice.

They then repeated the experiment using a more commonplace word that they would use to describe a table.

The researchers found the volunteers were able to keep their hands in the ice water for a longer when swearing, establishing a link between swearing and an increase in pain tolerance. 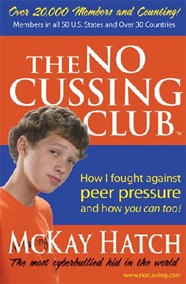 One of the greatest abilities of the Dude is his facility to manage pain. The guy should have a pharmaceutical drug named after him, man: Duderol. See, despite all the crap that gets flung at his fan, he still keeps an easy head most of the time. It seems that the device he most often uses to maintain that state of mind (other than the odd J and White Russian) is a well-chosen cuss word or two.

Thus, the Dude doesn’t curse because he’s mean or vulgar or attention-seeking or trying to seem cool. He does it because it helps get him through the "rough day." This in mind, the next time we hear someone spewing out a stream of cuss words, we might recognize it not as an affectation, but as an expression of suffering — the parlance of our sighs.

Also, if someone is feeling down in the dumps and cursing like the Jesus after he breaks a fingernail, just nod and say "Fuckin A, man" to them. You commiseration will probably make them feel even better. Obscenity loves company, man.

Stephens’ study didn’t investigate that, though. So we’ve got four more researchers working on it down at the lab.

We got ’em working in shits.