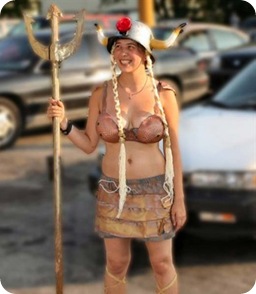 After trying to explain the anticipation and excitement of the coming Lebowskifests to a few acquaintances of mine who were unfamiliar with the cinematic celebration now circumnavigating the breadth of the United States, they looked at me with a kind of confused expression as if to say, so “What’s the point here Walter?” I began to carefully consider the reasoning and logic of my ethos.

My point here Dudes is that there’s no [email protected]*%ing reason, no good reason for a group of inspired individuals not to join the congregation by popping on some Creedence, traveling halfway across the nation, renting some shoes and a lane and then occupying a few parking lots, bowling alleys, and performance theatres, all while indulging in a regime to keep their minds limber while experiencing the occasional acid movie flashback. After all, did it ever occur to you that it might just be a natural zesty enterprise? You see folks when a plan gets too complicated everything can go wrong. So let’s keep it simple, shall we? 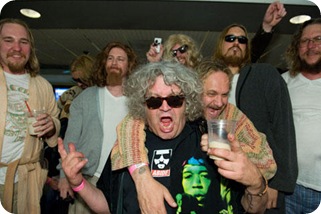 Given the state of the national and global economy, and the likelihood that our car now may have a few dings and some rust colorations, it’s worth rallying for — even if you don’t have a briefcase, can’t find a cash machine and what you presently do for a living is “being unemployed.” I mean even if you set out and with all your buddies and the car breaks down halfway there, it’d make fer a pretty dern interesting story too, don’t cha think? You don’t need a million dollars in the trunk of your car to get there, just the desire to go out and achieve anyway! 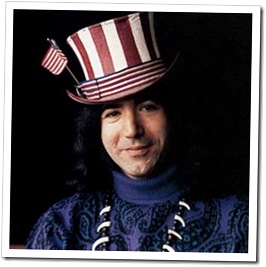 As the celebrated Dudeist Saint Jerry Garcia once expressed many years ago when told by the late TV celebrity Tom Snyder that the “Tomorrow Show” host’s very own daughter was driving all across the county to follow the Grateful Dead on tour, the king of guitar improvisation and space noodlings abiding reply was the simple and enlightened response of just two words: “Well good!” — which made light of the easiness of what it can sometimes take to be a fun loving human without a job or a girlfriend. Snyder’s reaction of course was not unlike that of Jackie Treehorn (“Is this some sort of a joke?). Obviously Snyder was not a golfer.

You see, Dudes, if you aren’t having a good time in your life than maybe it’s time to re-examine your priorities. Tell the ex-wife and her Ackerman to go screw themselves! It’s like what Lennon said, or maybe it’s like an old Thai proverb: “Change your place and change your luck.” (I bet you thought I was gonna say that bar-eating thing, huh?) 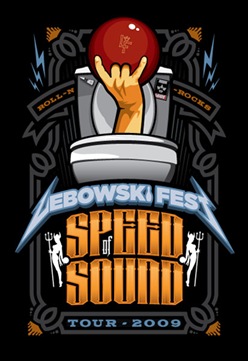 So why not grab a couple close friends, a six pack of oat sodas and a good burger or two and make it a joyride situation? Maybe you’ll decide to follow the tour like the Deadheads followed Garcia and the Grateful Dead. In that case, hopefully you’ll remember to pay your Marty for the rent ahead of time, otherwise you might not have a private residence to piss in when you return.

Let’s face it, how many chances do we have in this conformist society to dress up in a one piece suit with a pair of giant scissors, or like a female Viking without any undies, and hang out, and “just take it easy, man?”

For Surfers, Cowboys, Dudeists, Nihilists and Achievers alike (even if someone let you run a few different businesses and you weren’t very good at it), these festivals now serve as a form of annual tradition filled with a venerable history of mind-limbering libations. Perhaps more importantly to devout Dudeists is the fact that these undertakings serve a much needed function as group ritual, or a kind of mass meditation, which provides us Dudes with a venue for expressing our basic freedoms, while still preserving our chances of advancing to the next round robin. It’s like a garden party without the garden, and definitely not some sort of Eastern thing, far from it. 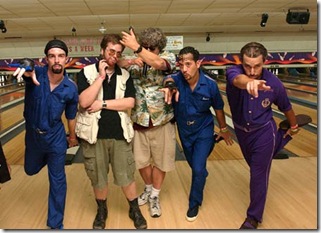 Tell that little voice with the halo on your shoulder to “Shut the fuck up," then grab your balls and pitchfork without worrying about changing the message on your answering machine. Forget about installing a high-tech Sobchak security system and let some on else be the hero for a change (in all likelihood, their aggression will not stand).

Don’t fret about getting a dog-sitter for the Pomeranian, or concern yourself about bathing your beloved marmot before you split, just tell your family and loved ones  that you got a job acting as a courier. Make like that Hotel California-loving pederast The Jesus and say "I would’ve (insert whatever 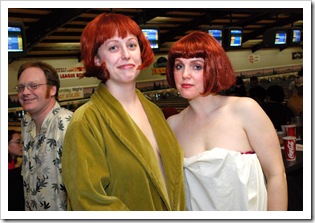 here) Saturday, I’ll (whatever) next Wednesday instead! WHAOOOO!" Don’t worry Dude, no one is going to cut your dick off, that’s just the stress talking man! Shomer shabbos!

With any luck before you hit the road (reincarnated as a tumbleweed) you will have remembered to leave the toilet seat in its usual position. Especially for those who suffer from a cleft… uh…what have you.

Most likely, when people ask you how did was it at the Lebowskifest, all you will have to say is “far fucking out man!” Your fucking troubles are over. At least for two days. Or more? Forget Deadheads — it’s time to join the ranks of the Dudeheads!

Remaining dates of the 2009 Lebowskifest Speed of Sound Tour (Los Angeles and Louisville have already kicked the proverbial Folgers can):