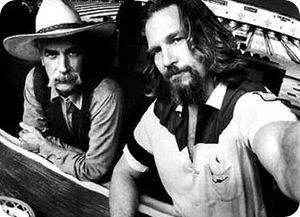 Here’s a good one:
A Pin Dudeist goes into a bar…

“Are you SERIOUS Hieronymus?”

I get this question a lot lately.

“Are you FUCKING SERIOUS…how can a REAL religion be based on a made-up character…in a MOVIE…in a COMEDY?”

“Just cracking the cosmic joke man,” I reply, with a grave look upon my face.

“Fuck no, its not a joke…” here I do my best Walter Sobchak impersonation, ”it’s the COSMIC joke…the BIG PRANK…am I wrong?…don’t you GET IT you idiot? A little CRAZY fucking WISDOM, you pederast!”

“Pederast?…So the next thing you’re going to tell me is that Jesus and the Buddha were stand-up comics. What’s a pederast?”

I ignore the question. “Hmmm…not a bad image Bub…Jesus…not “The Jesus” Quintana…the OTHER Jesus…and the Buddha doing stand-up on stage at God’s Big TOE…” 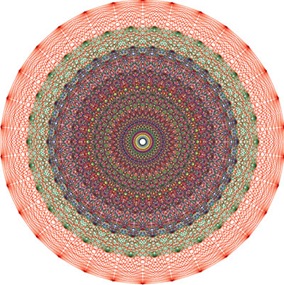 “God’s Big Theater of Everything, Bub. So what if The Dude’s a ‘made-up character’ as you pointed out in such a shitty and dismissive fashion…so what if ‘The Big Lebowski’ IS a movie…a COMEDY? Movies now are like telling tall tales around the fire used to be thousands of years ago…Bub…where do you think your high sounding MYTHS came from…huh? Besides…haven’t you heard “professor”…the universe is made of stories, not atoms….YOU are a ‘made-up character’ yourself. Better watch out…you can be re-written you know…”

Smelling blood, the crowd moves to our end of the bar. I order another double White Russian.

“Quite the contrary…” I reply, adopting a haughty and superior tone, “You call yourself educated…you MUST know that what you think of as “reality” is a construction…a fabrication…YOU are a fabrication…an illusion, man…” I lunge at the crowd…”POOF!…you’re GONE!…

“…and talk about basing spiritual stuff on highly suspect yarns…what about Lao Tzu?…I really dig his stuff but he never existed…poor Lao Tzu was put together from bits and pieces of several guys in 4th or 6th century B.C. China…your “experts” don’t know which…concocted by those venerable SAGES to give their new 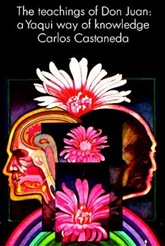 Taoism thing a hook to hang its hat on. Doesn’t make Taoism any less powerful does it? And what about Don Juan Mateus?…Castaneda’s coyote man who helped blow the mind of a generation?

HOAX! Whole thing was made-up…still strong stuff though…STILL TRUE like LAO TZU…not to mention the doings of the inimitable Mullah Nasruddin, who is still hanging out somewhere on the other side of history… 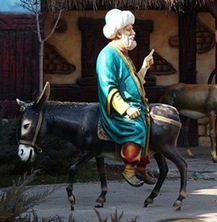 …and we can’t leave out JA-HEESUS”

“Jesus?” The crowd mutters with one voice.

“Check it out…The Laughing Jesus by Tim Freke …if you really want to have you rug pissed on folks. After those guys in Rome converted back in the day, they could not find any real, historical Jesus at all, at all in their hip new religion…just allegorical fables…so they decided to just TELL people that he was a real guy…and make that the official reality…the “you better believe it or be fed to the lions” Emperor’s Reality…to make it different from all the other mystery religion parables and legends JUST LIKE IT that were floating around The Empire…just needed a real dude to tie the room together…you know…so don’t talk to me about made-up characters!” 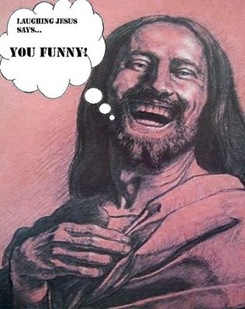 The bar falls strangely silent. I look around. Did I go too far? Then someone in the back loudly whispers, “Uhhh…far out…man…”

As I head for the john I mumble resoundingly…“As George Carlin once said…I have as much authority as the Pope. I just don’t have as many people who believe it…”

Someone in the audience yells back, “And as Paul Krassner once said…Pope John Paul would have been more popular if he had called himself Pope John Paul George and Ringo…”

“Abide, my brother…” I reply quietly as I wander off into the shadows. 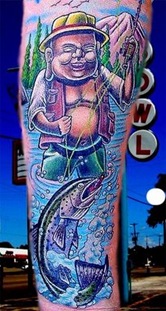 When I return to the bar everyone is crowded around a bald biker looking guy, name of Buddha, who was not there when I left. My buddy, “Bub”, waves me over.

“You gotta check this out Hieronymus. You gotta get one of these…”

Buddha grins from ear to ear as he holds up his arm for me to admire. Tattoed upon it is the image of a laughing Buddha fly fishing for rainbow trout in a mountain stream. I immediately attain Suntory…which is what satori is called when it happens while you’re drinking in a bar.