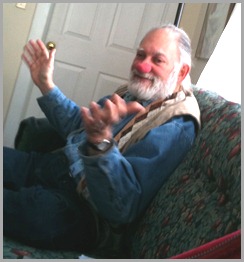 Editorial We’s note: Rev. GMS is Dudeism’s emissary to the world of Zen, principally via the Zen Peacemakers organization. Compeers, you know? This is the first in a multi-part series that investigates the principles, ideals, and dudeness of its founder, Roshi Bernie Glassman.

I sat down for a conversation with Bernie Glassman, founder of Zen Peacemakers, our conversation kept coming back to how the the Internet brings to life the concept of inter-connectedness. How it is more than metaphorical, how it gives us insight into philosophies of inter-being.

In the modern world, we can instantly see actions here having effects on the other side of the planet, and how the way that we produce energy and products has an effect on our environment, globally. The reality of our inter-connected nature is striking, and the Internet has mirrored that, shedding light on how tangible our connections really are. 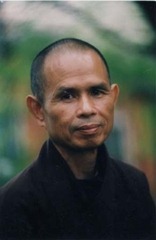 Roshi Glassman is a true Zen Master, his teachings have been called controversial, especially when he started sharing them. He teaches that sitting is not the only form of practice, but that social engagement is another form one might practice Zen. Like Thich Nhat Hanh, he believes and teaches that participating, being engaged, you know, trying to "save the girl", is Zen. (The world, that is. Her life is in our hands!)

"As long as you are ready to save the girl, however it pops up, that’s a kind of activism." Bernie says.

I asked Bernie What he attributed to Buddhism’s continued growth in western culture, what attracted him to Zen? He started to tell me that there are "two parts" to this answer. There was the phenomena of the ‘sixties, when Buddhist teachers were arriving in this country as it was going through major social and cultural changes. We talked a little bit about how the ‘sixties involved some limbering up, chemically, by some that found their way to Buddhism, and some experienced a sense of unity that was hard to define in western terms. 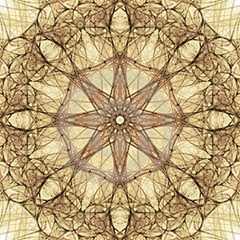 As he explained it, "Buddhism, the enlightenment experience, is an experience of realizing the inter-connectedness of life. So if we talk nowadays, that’s the Internet. The notion that everything is inter-connected is pretty much common sense."

This had not occurred to me, dude. The Internet is indeed a wave of the future which makes us privy to the old Buddhist pith. If fact it brings to mind a lot of what Buddhism has to say about integrated being and interdependent origin: when you log on to a computer nowadays you normally log onto the entire world wide web, and in doing so, you become part of the larger whole. In a material sense your computer actually becomes part of the Net, it depends on the whole rest of the web to function as part of it. Your computer becomes the Internet, and the Internet 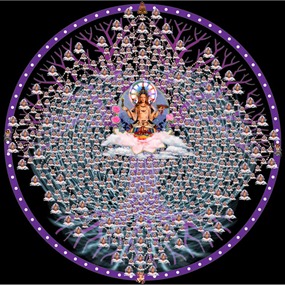 Bernie likened the Internet to Indra’s net. Indra’s net is a metaphor used in Buddhism, and other traditions, to help grasp the concept of inter-connectedness. It appears in the Avatamaka sutra, it basically describes an infinite web, a net that has gem at every intersection, and on every facet of every gem in the net, can be seen a reflection of every other facet of every other gem.

"Far away in the heavenly abode of the great god Indra, there is a wonderful net which has been hung by some cunning artificer in such a manner that it stretches out indefinitely in all directions. In accordance with the extravagant tastes of the deities, the artificer has hung a single glittering jewel at the Net’s every node, and since the net is infinite in dimension, the jewels are infinite in number. There hang the jewels, glittering like stars of the first magnitude, a wonderful sight to behold. If we now arbitrarily select one of these jewels for inspection and look closely at it, we will discover that in it’s polished surface there are reflected all the other jewels in the net, infinite in number. Not only that, but each of the jewels reflected in this one jewel is also reflecting all the other jewels, so that the process of reflection is infinite."
— "The Avatamasaka Sutra" – Francis H. Cook: Hua-Yen Buddhism : The Jewel Net of Indra 1977 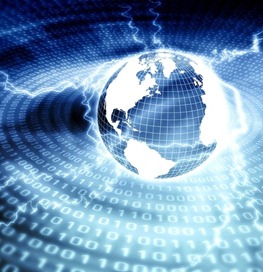 "The Internet is a manifestation of that, and it brings it closer to people" Bernie said.

If you consider your computer as a gem in that web, then then it does resemble Indra’s net, each computer monitor (facet) reflecting all the other facets in the web. Our servers become nodes, our computers gems and our CRTs facets. While not actually infinite, it does have that feel. Does it not? And as more and more of our lives, hopes and imaginings become uploaded to the web, we start to see how we ourselves are like those gems as well.

With the Internet, we can see ourselves reflected in the hopes of others – for instance, those engaged in the Arab Spring, just as they can look into the web and see the promise of a freer society. Some have argued that Internet access is fueling peoples quest for freedom in places where they 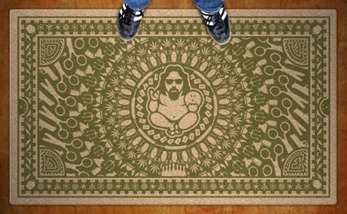 may never have had an inkling that it could be that way. Now they can see around the world, see how communities can be free from dictatorship, how they too can participate in human progress.

Just take a look at we Dudeists, far flung across the globe, but with the opportunity to interact with each other in real time. The Internet is a big part of our genesis and growth, the wisdom of the Dude may be ancient, but in this modern age the speed at which we can share and build on it is astounding . I thank the eggheads everyday, those who dreamt up and built this modern wonder. I thank them for all the wonderful friends it has allowed me to make in parts of the world I may never get to visit in person. This miracle of material inter-being has given us all the chance to explore our personal inter-being with the world and each other. Far out. And outward.