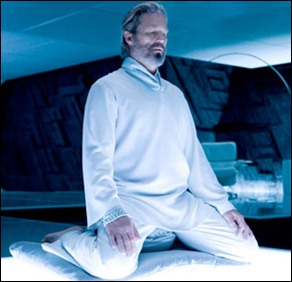 Yes, it is quite possible that the end of the world awaits us around the next corner, ravenous with feverish anticipation. Whether by war or terrorism, climate change or disease, economic collapse or natural disaster, vengeful Mayans or by the wrath of the Flying Spaghetti Monster, some day, maybe soon, the Grand Finale will finally catch up to humanity.

In times of such distress, many in the world get to wield their religion like a giant shield of invincibility. Religion offers the ultimate safety net. It assumes that the universe is all part of God’s Grand Design and that the human realm is at the center of a conscious plan for greater good. So for those of faith, as long as humankind does its best to follow the path of righteousness, God will be there to protect us. 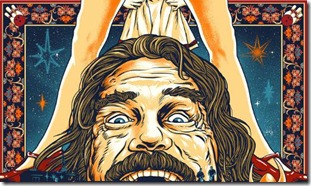 But what are the rest of us to do? What about those who don’t necessarily believe that this is all part of the foolproof plan – the scientists, the atheists, the agnostics, the Dudeists? Where are we to find solace and happiness when all signs point to our imminent doom?

If the apocalypse is really upon us, then I would have to answer these questions with another question. Would you rather spend your last moments in this world cowering in an underground shelter stocked full of creamed corn and spam, toasting glasses of 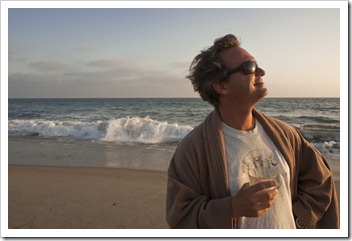 cyanide and arsenic with the Great Leader before hitching a ride on the Starship Hale-Bopp, or sitting in a comfy lawn chair with a careful beverage in hand?

These days, even when we try our hardest to find a little inner peace at the end of the world, no matter which direction we turn, we are greeted by a pandemic of pessimism and a seemingly endless torrent of global shit storms. This has intensified dramatically since media outlets hopped aboard the Shit Storm Express. They’ve become like drug pushers – “Come on man, just try it once. The first time is free.” 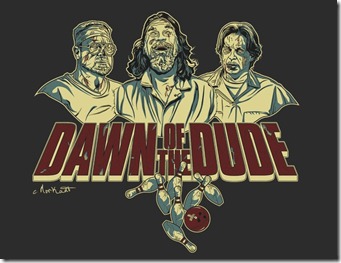 While some fear the zombie apocalypse, others brood despondently like it’s already here. And maybe it is. It almost seems we’re being overrun by zombies; but not like the ones in the movies. These zombies don’t feed on human flesh. They feed on the entrails of panic-inducing fear.

Gandhi said, “Fear is not a disease of the body; fear kills the soul.” He knew that fear was perhaps the most powerful and destructive weapon ever devised by humans. But I imagine that even he never predicted that fear would also become the most marketable product of humanity, even more marketable than sugary beverages or hip shoes. 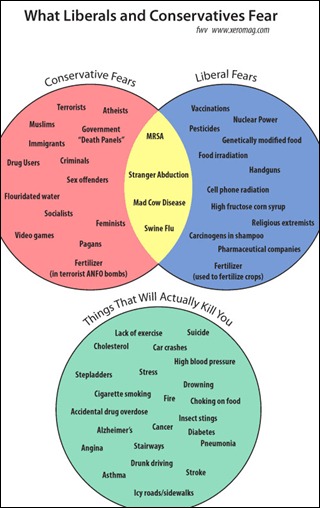 Somehow this market of fear has managed to turn a planet full of highly evolved apes into a bunch cowering pansies. Our genetic ancestors would kick our collective ass if they knew what pussies we’d become. They could take down tusked beasts nearly forty times their size with chipped stones, yet somehow we nervous nellies stay awake at night fretting about food additives and marginal tax increases. The very least we could do is live out our last days thankful that we don’t need to spear giant mammoths in the face just to survive.

The universe is over 15 billion years old and modern humans have only been around for one one-hundred thousandth of that time. So when the end comes, I must admit that I’d feel lucky to see it. I’m not saying that I want the end to come sooner than later, but if doomsday came one moment after my last flash of consciousness, I’d be pretty damned pissed off. It would be like walking out of a mystery movie just before it was revealed that the butler did it. I personally would feel very privileged to see in person the figurative fat lady sing our last tune.

Unarguably, Earth’s existence is finite and one day life on it will end. Our planet, our solar system, our galaxy, and likely even our universe, are all transitory and impermanent in the grand scheme of things. And the fact is, no matter how depressing it may be, h 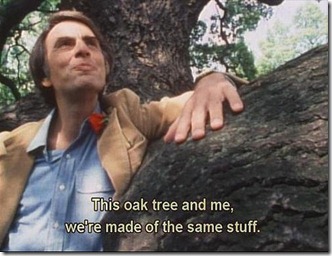 umankind’s utter annihilation would not even register with the nearest star, let alone the cosmos as a whole.

Unless we find some cosmic exit stage left, when our sun eventually fuses its first iron molecule, thereupon collapsing in on itself before consuming the entire solar system, all that humans are and have ever created will be joined into the chemistry of the sun and return to being nothing more than ticks on the periodic table. In the end, all life on Earth will be brief and insignificant relative to the universal dance of matter and energy.

The idea that humans lack any influence in the universe may be difficult for some to stomach, and it is easy to get trapped into thinking that if the world is going to end our actions are 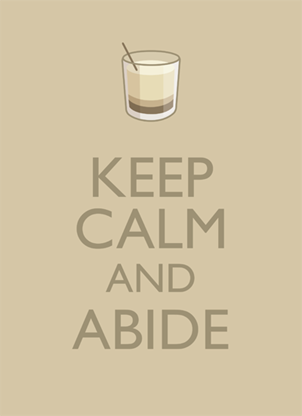 ultimately meaningless. Why would I want to do any good now? It won’t mean much if a gamma burst from a distant giant black hole vaporizes our solar system.

The solution, however, lies in the very acceptance of our irrelevance. Only by acknowledging our insignificance as humans on a relatively insignificant planet we can find any meaning. It allows us to take a deep breath and approach war, environmental destruction, corruption, collapsing economies, violence, poverty and all other suffering on the planet with the calm affirmation of our inevitable demise.

In the universal scale of time, human existence is little more than a cosmic blink. So spirituality aside, even on a scientific level it can be argued there is only now. The past and future are so insignificant that now, this moment, is exponentially important. Now is an opportunity that to misuse or abandon is a cosmic transgression against the improbable consequence of our existence – this point, this space, this time in our universe. 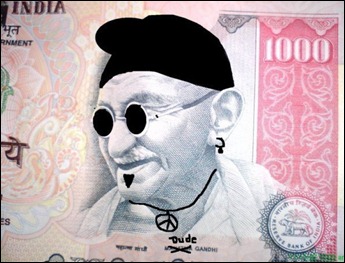 There are two ways each of us can live out the remaining days. One is to sit back and go along with the ride, letting the world follow its own path. The other is to take the wheel, hit the gas, and go pick up a bottle of something nice. Upon my last breath in this world, I don’t want to look back thinking I was just a passenger. I want to be able to take credit for everything, both good and bad.

While some out there are reaching for their guns, their bibles or their booze, all you really need is a pair of comfy sandals and some dark sunglasses. Great Dude in History Gandhi wouldn’t have even needed those. He was armed with nothing more than a soft smile that had the power to take down an empire. And I’d like to believe that if Gandhi were alive to watch an apocalyptic asteroid tear through Earth’s atmosphere, his smile wouldn’t waver the slightest. 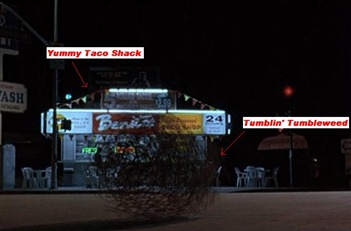 I once read written across the side of a taco stand, “Life’s not about waiting for the storms to pass. It’s about learning to dance in the rain.” And if there is one thing that I’ve learned in this life, it is to never ignore a taco stand.

Colin Flahive blogs at GoKunming.com and writes about consumerism at Simple-mathematics.com. He is currently working on a book about his experiences living in China.

Previous Post: The Preferred Nomenclature: The Dude is Immortalized in Biological Science
Next Post: The Spiritual Path of Dudeism