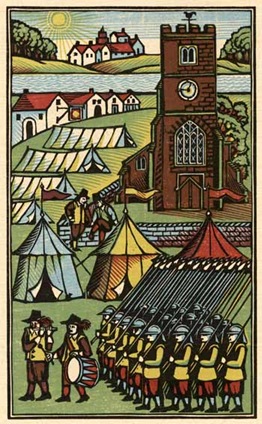 Let no man here says he’s above any other — we Dudes are a society of equals, man. This time around, I look at something very Dude that was cooked up by a very undude group of people. Levelling: The breaking down of defined social barriers. The one-ness of all people on par with each other. The true state of the Dudeist nation.

But before I ramble about levelling itself and what part it plays amongst Dudeists, we should first look at this group behind the great revolution to which they give the name, The Levellers. No, not the band, man, the civil war. No, man, the English civil war. What am ‘I’ talking about? Ah, I lost my train of thought there… oh yeah, right.

Now, the Levellers, as a group, were political activists who somehow managed to get together and gel after a bit of a disjointed start, a bit like a proto-Seattle Seven. After the first English Civil War (1641–1651) there were still a lot of irked people out there, and none more so than the parliamentarians and those still members of Cromwell’s New Model Army. There was still a king out there and all his royalist supporters who were heaping a whole lot of unfair back on the people. 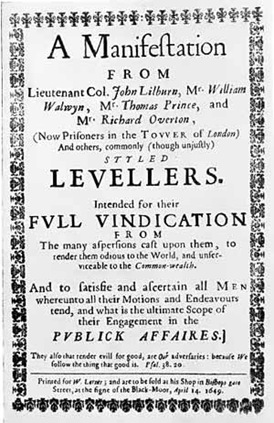 The Levellers were born out of the agitators of the New Model Army, and managed to begin cohering after a while, using inns and taverns as meet-points where they could finally discuss ideas over an oat soda or two. But to be honest, the details are a bit heavy and confusing, the whole thing was a mess and it’s hard to get a frame of reference without going to college and getting a degree in history and of course remembering it all.

So, what did the Levellers, such as they were, want out of, y’know, The Man? Well, they never actually managed a firm manifesto, but broadly, they all pretty much were hoping for the following Dudely pursuits:

Popular Sovereignty – As Benjamin Franklin described it “In free governments the rulers are the servants and the people their superiors and sovereigns.” In other words, they wanted to vote in the big kahuna, not be pushed by some jerk no one liked. By our standards we’d want to vote him in, and then take him out for a beer afterwards. 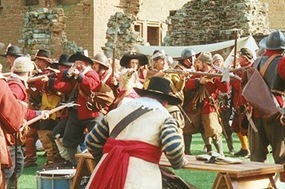 Extended Suffrage – They actually wanted everyone to be able to vote. Equality amongst dudes! Although they still probably weren’t down with universal suffrage, for, like, women and such, but it’s a step forwards, right?

Equality Before The Law – No special rules, man, every dude gets treated the same when it comes to being thrown in the docks before the judge, no let-offs for your old family friend ties, or special backhander-to-the-judge privileges. 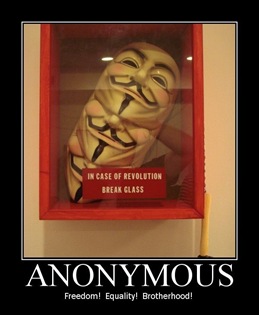 Abolition of Corruption – The politicians and the judges needed to be kept cool, and not be brought down to the level of pornographers and charity-sponges. And we all know those guys suck. Accepting bribes and giving in to certain influences who believed they were “above the law” or some ridiculous, self-righteous shit.

Religious Tolerance – Now this is something we can all dig. No more issues between the protestant state and the Catholics, Jews and assorted religious peeps of England. Something that still allows people to write “Jedi” under religion on the census each year and not get pelted with rotten vegetables in the street (legally, at any rate). By the way, there’s a burgeoning movement to get Dudeism on the UK census in 2011.

They fought for this, on paper and on the battlefield, spreading their doctrine aggressively. Sadly, during the civil wars, it was too much like Nam, with a distinct lack of rules, and no formal avenue of complaint. But their ideals were admirable, even if they were rather undude in their methods, they were fighting for the rights of the Dude. And I hope you’re beginning to see where Dudeists fit in with the idea of levelling, right? 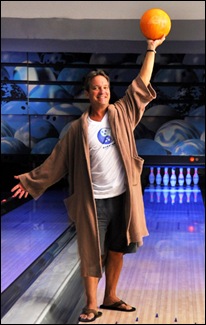 So what does this concept mean to us? No Dude rises above another, man. You may see some people have titles, like The Dudely Lama, and The Archdudeship or such ‘n’ such, and think, hey, those guys are ranked and shit, why not me? Well, those are just handles, man, not marks of authority figures who are gonna boss you about. They have the honor of earning those names through righteous deed and state of being (and being the first to register the name on the website account creation database), but they’re not out to lord it up, far fucking from it. Everybody else gets at the very least the honor of being dubbed a reverend around here, by personal choice, because we’re all equals.

This isn’t animal farm we’re living in here, man, we’ve achieved a social and gender equality by coining the term dude for everyone. The everyman is the everydude! You pick your handle and we’ll respect it. You do the deed you’ll earn a status 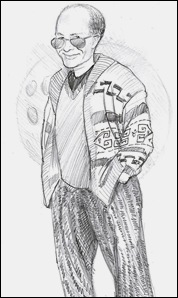 mark from the Dudely Lama, who’s not so much at the top as in a privileged corner, by my reckoning. I don’t think anyone’s looking to form some sort of authority pyramid around here, just the odd chain of bureaucracy that keeps the system working and puts the organization into organized religion. We’re the sorts to respect a man for what he does, not what it says next to his name on the office phone list.

As Dudeists we all live in our own neighboring bungalows (spiritually speaking). The community is one big fucking public residence and our doors are always open to one another, and those not meaning any specific form of harm. We’re not elitist or exclusionist, we don’t lock our hilltop mansions and erect security fences plastered with “beware of the dog”, “no hawkers” and “trespassers will be fucked up!!” signs. If you don’t come a-stresspassin’, you’re welcome in our home (still spiritually speaking, we lock private residences for a reason). 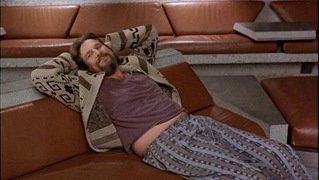 Why do you think the Dude lives in a bungalow? I mean, yeah, apart from it being the standard domicile of the native Californian. It’s symbolic of the levelling. He’s on the ground, man, and so are all his neighbors, including his landlord.

We all live in metaphysical bungalows, even if some guy decides to build himself a pad hanging off the side of a cliff, or a big fucking mansion on a hill. These people aren’t better than you, they’re just the same as you, only they’re uptight and pissy about the fact they don’t want to be just another human being cruising his way through life at ground level. And as we all know, desire breeds unhappiness, leaving behind the contented man to smile away his days in his recliner. 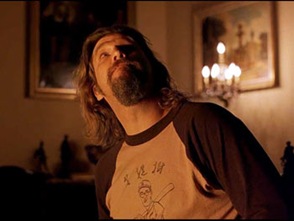 As Dudes we recognize the equality of man. “So, you’re like the king around here? Far out man, far out. I dig the crown you’re sporting, very regal.” “Thanks Dude, I dig your style too, keep on keeping on.” That’s the conversation you’d hope for, one of mutual respect. But it’s not likely to happen while most people in this world still have a stick jammed up one side of their cleft asshole about their class. Big problem in India still, I’m afraid to say, and across a lot of the world. Jihads in the middle east, tribal wars across Africa, a north-south divide in Korea, the UK now in a four-class social system.

What’s the solution, you ask? Hey, don’t look at me. If I knew the answer I’d be up there accepting a Nobel prize and giving the cash to Amnesty International to carry on the good work keeping people’s universal rights on the level. It’s something we have to work on, and as long as every Dude knows the secret and keeps on spreading it out, we’ll get there. 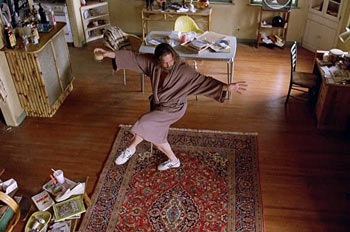 And what’s our secret? We don’t need war, or aggressive pamphlets, we just need a calm, quiet voice keeping people sane when it all gets too hectic, reminding them that we treat everyone the same, even the fucking rug-pissers. Sure, they may not be housebroken, but they’re not beyond some redemption, right? Surely no one’s in so deep the Dude can’t reach ‘em. Just sit them down, give them a Caucasian and point them in the direction of the little Dude’s room, which, incidentally, is on the same floor as all the other restrooms around here. We’re all privy to the new shit. Am I wrong?