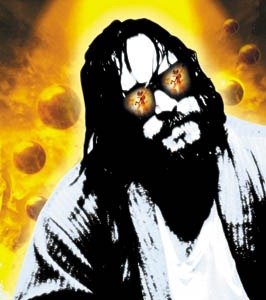 Now, some of our newer compeers may be asking themselves, “What’s this ‘Day of the Dude’ bullshit? Is this some kind of bush-league psych-out stuff?”

Far from it, dudes. And if you do find yourself asking such questions as you read this column, you really should just take it easy, man. I’ll tell you what I’m blathering about. Just let me go stand out in the middle of this stage like Linus does toward the end of “A Charlie Brown Christmas.”

And there were many dudes struggling to take ‘er easy in an uptight world gone crazy. 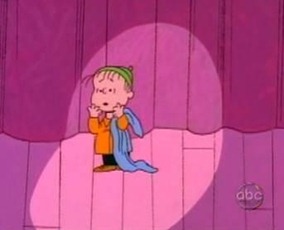 And verily, it was exhausting.

And lo, on March 6, 1998, a film by the Coen Brothers called The Big Lebowski appeared in a multiplex near you, and the glory of the Dude was projected onto the collective dudely consciousness: and the dudes were sore amused.

And the movie said unto them, ‘The Dude abides…Take comfort in that.’

And this became a sign unto dudes everywhere: ‘Ye shall abide, too, even in the middle of a weekday.’ 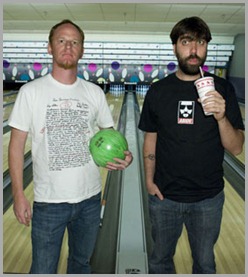 And suddenly there was with the movie a great multidude, many of them bowling, drinking Caucasians, wearing bathrobes to supermarkets, looking for cash machines, having occasional acid flashbacks, and proclaiming, “Is this a…what day is this?”

That’s what the “Day of the Dude” is all about, Charlie Brown.

The boys down in St. Da Fino’s holiday lab also tell me that, according to their leads, March 6 seems to be a particularly Lebowski-esque day in history. Is there some unspoken message here? Well, dudes, we just don’t know.

For example, back on March 6, 1991, around the time of our first conflict with Sad’m and the Eye-rackies, President George Bush (the Big Bushowski) declared to Congress that Sad’m’s aggression in Kuwait did not stand, man. Kind of like what his son the Little Bushowski would later prematurely ejaculate on the deck of an aircraft carrier during our second conflict with Sad’m and the Eye-rackies. 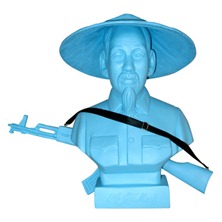 Then there’s the whole Vietnam connection to March 6. On that day in 1946, Ho Chi Minh, the man in the black pajamas who led Walter’s worthy fucking adversaries, signed an agreement with France which recognized Vietnam as autonomous in the Indochinese Federation and the French Union (apparently, the agreement he signed was an uncompromised first draft).

Across the sands of time on March 6, 1969, the Dude’s compeers in Students for a Democratic Society (SDS) protested US involvement in Vietnam by demonstrating against ROTC’s presence on the University of Washington’s campus. A year later a bunch of radical amateurs who left SDS to form the Weather Underground accidentally blew themselves up while making nail bombs in a Greenwich Village townhouse. Ironically, 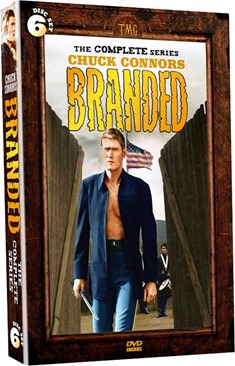 on that same day the Beatles also released their dudeish song Let It Be as a single in the UK.

Although there’s no literal connection between The Big Lebowski and the Alamo, on March 6, 1836, Texan settlers died face down in the muck defending their bungalow fortress against General Santa Anna’s goons (“Santa Anna”, by the way, kinda sounds like Santana, the rock band that the Dude, Walter, and Donny silently listen to on their way home from the In-and-Out Burger on Camrose).

Before the battle of the Alamo, Col. William Travis literally drew a line in the sand and asked anyone who wanted to stay and fight the Mexicans to cross it. Apparently, everyone did except for one guy, Moses Rose, who, scorned as the one who ran, has been branded the Coward of the Alamo.

And, on a personal level, I just want to wish David Gilmour, the guitarist for the very dude-like band Pink Floyd, a very happy 64th birthday today. Shine on, you crazy dudemond.

So with days like these, huh, Gary, March 6 happens to be a very dude-like day on which to release The Big Lebowski. All these historical ups and downs and strikes and gutters sure make me want to celebrate the movie to beat the band. Parts, anyway.

But as dudeists all around the world commemorate the Day of the Dude, I think it only fitting to take a moment to ponder a question that fits right in there with our holiday.

What makes a Dude?

In addition to the Dude in our sacred source, there are many other dudes represented in pop culture who embody the essence of our ethos: Bob Denver as the beatnik Maynard G. Krebs in the TV show The Many Loves of Dobie Gillis; Donald Sutherland as Oddball in the movie Kelly’s Heroes; Howard Hessman as Dr. Johnny Fever in the TV show WKRP; and, perhaps the dudeliest of all dudes (next to our Dude) Rev. Jim Ignatowski from the TV show Taxi. 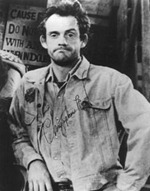 Now, I dig the style of all these fictional dudes, but often when a dude is portrayed in the square culture he (or she) is often cartoonishly characterized as either a lazy or a crazy bum (or both). 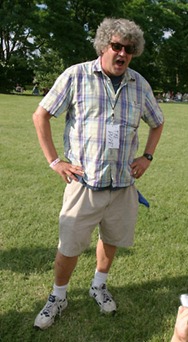 However, as Jeff Dowd (the Dude of History) reminds us in his recent ruminations on Jeff Bridges (the Dude of Film), great dudes across the sands of time like Bridges actually fulfill a crucial and “sacred function” in our society as “the artist, saint, jester and the Holy Fool: helping us see through the illusions of the world.” In other words, these dudes fit right in there in their time and place and take ‘er easy for all us sinners.

According to Wes Nisker in his book Essential Crazy Wisdom (which, at least for the Arch Dudeship, is essential dudeist reading), the jesters and fools who are often dismissed as nitwits and bums by uptight over-achievers are actually society’s “wits and critics. They expose the establishment’s lies and make light of the contemporary social scene. While the clown reveals the timeless foibles of humanity, the jester takes on the social and political behavior specific to the current age.”

Nisker notes that throughout the ages the jester has appeared in many guises, particularly as the stand-up comedian in our time. I wrote recently about one such Great Dude in History, George Carlin, but there are many others who make us laugh to beat the band and remind us that the cosmic story we see unfolding on the grand stage of life is, as Nisker puts it, “only a melodrama, and we should not take these masks and matters too seriously.” 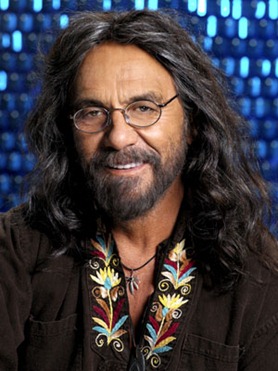 Two such Great Dudes worth remembering today in between sipping Caucasians and listening to whale songs in the tub are Tommy Chong and Dave Chappelle. Although life certainly rolled a few gutterballs at both of these funny dudes in recent years, they have gone on to show the world what it truly means to, in the parlance of our ethos, abide.

Chong, for example, was busted by some real reactionaries in 2003 for selling bongs; because of his, um, high profile, however, he was sentenced to nine months in prison, three months longer than Jesus Quintana served in Chino for being a pederast. Yet, despite the undude circumstances he found himself in, Chong has emerged a deeply spiritualized dude who believes everything that happened to him happened to help him extol the dude word to an uptight world.

“The truth is,” he writes in his book The I-Chong, “if you stay creative, you can overcome anything, because when you are creating you are working hand in hand with the muse, who judges not. The greatest hurdle one must overcome in this life is self-judgment, the critical eye, the demons that fill your head with doubt and fears.” 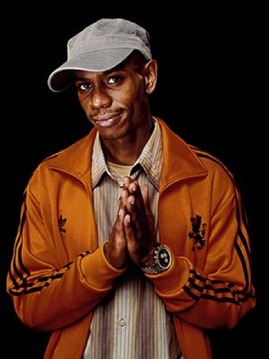 In the yin yang dichotomy of undudely problems, Chappelle had the exact opposite challenge from Chong. With the amazing success of his self-titled TV show, Chappelle found himself being pressured by network nihilists to compromise his inner dude for 50 million bones or clams or whatever you call them. Many of us probably wouldn’t have minded making such a compromise, even if it meant being bumped into a higher tax bracket, but for Chappelle it was a line in the sand, across which he would not cross.

In fact, when confronted with that corporate bottom line, he simply said “Fuck it’ and, to the dismay of fans and network nihilists alike, headed to South Africa.

“Coming here I don’t have the distractions of fame,” Chappelle explained to a reporter from Time. “It quiets the ego down. I’m interested in the kind of person I’ve got to become. I want to be well rounded and the industry is a place of extremes. I want to be well balanced. I’ve got to check my intentions, man.” 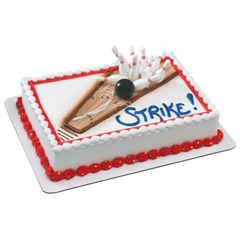 In another interview from his home in Ohio, he observed: “Turns out you don’t need $50 million to live around these parts, just a smile and a kind way about you.”

Hmmm. So according to Chong and Chappelle, life is really about staying creative and keeping a nice smile on your face and a kind way about you. In other words, dudes, abide.

I don’t know about you, but on this here “Day of the Dude” that the cosmos has unfolded for us, I take comfort in that.

PS: To help keep your mind limber today, check out some inneresting ramblings by Tommy Chong and Dave Chappelle.