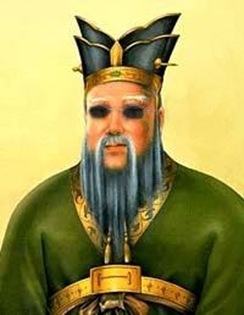 What? You’ve never heard of rén shui? No, no, man, that’s feng shui. This is totally different… but, yeah, kinda similar. Rén shui is what the Dudeist uses to sort his personal space, y’know, order the stuff in your personal residence, tie the room together. Yeah, you got the idea. Now let me explain.

As you may know, feng shui is a Chinese concept. The name translates as “wind-water” and is an abbreviated form of a phrase originally coined by a guy named Guo Pu some 1700 years ago, that says “Qi rides the wind and scatters, but is retained by encountering water”.

Qi (pronounced "chee"), as you might know is the Chinese concept of life force, energy flow and the like, and what feng shui tries to do is capture the flow of qi in any given place and redirect it to balance positive and negative energy. This practice pre-dates the term itself by over 4000 years, so let’s not dismiss it so readily as new-age claptrap, Dudes, but let us embrace the spirit of the idea.

This is where we meet Rén shui. But what is rén? 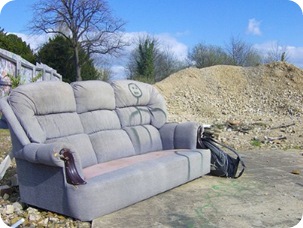 Rén, most simply put, is a Chinese term for man, or person. The term dates back, yes, you’ve guessed it, a few thousand years, and wasn’t in popular use until Confucius got involved in the whole affair. Before being reinvented by Confucius, rén was a kind of vague term seldom used, but as it became entwined in the Confucian edict, it gained new meaning, which was also somewhat vague. Best guesses that have been thrown my way are: humaneness, benevolence or be excellent to each other. So, it can either be a human or the human spirit, one’s humanity.

So then, rén is the human element, and shui is water, what do we have? We have the human flow. And how do we apply that to life? I guess we can take some time to explore that too.

Your living space is very important to you. You need to be comfortable and happy wherever you are, to stave off the stress and misery of life with a large spiritual stick. This process is a balance between physical surroundings and mental attitude. You need not to be living in complete squalor, but at the same time you need to realise you can be comfortable without swimming in abject luxury. Once you strike the balance you’ll have the foundations set. 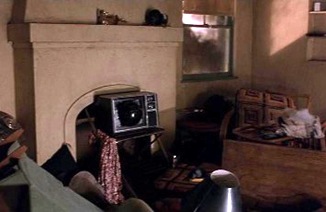 Take a look at The Dude’s bungalow for an example. It’s not exactly the Ritz, but it’s not a crack den either. The Dude has struck the perfect balance between a liveable accommodation and just not caring that it’s still a bit shabby. He’s decked the place out with all the furniture he needs and then tied it all together with a nice rug. He’s also got a good mix of space and clutter, and clutter is where your “stuff” is, and let’s face it, stuff is clutter by its very nature.

Ah, now, space and clutter is the other aspect you need to look to here. You need space to be able to move and flow, but you need clutter to… well… sit on, and, set your drink down on, and what have you. There is certainly a thing as too much space, and indeed too much clutter. If you find yourself with too much of one, you need to sort that out.

Best way forward? Either throw some stuff out, or get some new stuff, and when I say new, I mean new to you. Second-hand furniture can come pretty cheap if you look around, and you can get some good stuff that’s already been broken in. Brand new furniture is like a new pair of shoes, the comfort only comes as you shape it through use. Of course, if you like breaking in new shoes, and training puppy-dogs, and raising children, and all that hassle, then sure, go out and buy brand new goods, by all means, I mean, someone has to.

And there we have the balance. The balance of quality and tolerance, and the balance of clutter and space. In between the major points we have the other extremes of slobishness and pretentiousness, and of minimalism and materialism. Refer to the rén shui compass to measure your extremes, and try to strike that perfect balance for yourself. 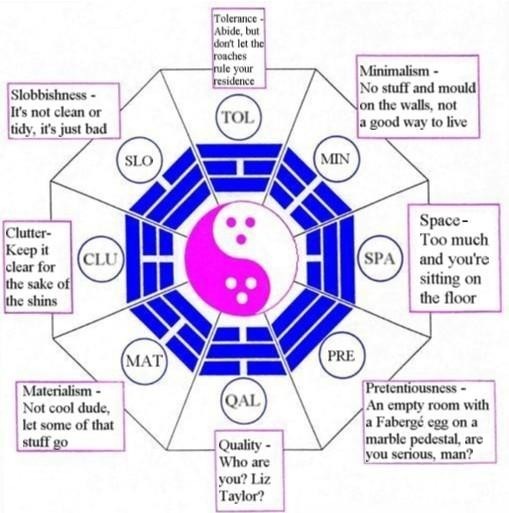 Once you’ve achieved your own personal balance and you’re satisfied with the world around you (just stop for a moment and admire your own personal space right now) it’s time to make it even better. Time to add the human flow to your room.

Your room will evolve as you live in it, like a riverbed being eroded and shaped by the flow of the water. That’s why The Dude could never live in the Lebowski mansion, too many rooms, you can’t flow in all them. So definitely give any room some use, the more you use it, the more it begins to fit in with you and your lifestyle. The way you position the furniture, the objects you put on the shelves, the feel of it all. Some of these things just happen, and some you can put some thought into.

The little things that make a room even better are very important, and so simple anyone can do them. An example of mine is that at one end of the sofa I have an old square stool about the same height as the seat, and over it I’ve put a simple throw that matches some of the cushions on it, and on that there are two coasters and three remote controls. So simple, but oh so convenient. Everyone can find their own little clever comforts, you just need to adjust. 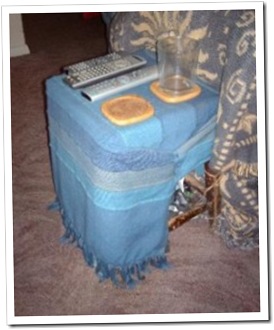 I can’t tell you how best to feel comfortable in your own living space, but if you obey the rules of rén shui and just add your own flow into the room it will soon start to take shape. And if you ever feel like the room just isn’t flowing with you, take a look at it with rén shui in mind. What can you change? And always remember, the answer is simple.

Don’t invite some of those guys from a TV makeover show into your personal residence and let them rip the place up, just tweak it, man, subtle and simple. Move the recliner a bit, go out and buy some old bookshelves, toss out those old magazines piled up in the corner, hoover the rug, get used the wall colour (it’s probably not that bad), put up a new picture on the wall. It’s all about the small stuff. And why? Because the big stuff is just a collection of the small stuff, in all aspects of life.

And that’s it. You just need the right frame of mind and a little bit of effort where needed once in a while, as the flow dictates. Don’t settle and don’t fret, strike that balance, fix it and take quiet pride. And the golden rule: use the room.

Every Dude has his qi, he just needs to realise which direction it’s flowing.

PS: any simple comfort tips, please post them below, we’d love to see how people are keeping it easy at home and maybe you’ve got some good ideas for us all to partake in.