What’s the difference between pornography and art? It’s an enduring and valid question, one that The Big Lebowski addresses, though somewhat offhandedly.

Obscenity laws enacted in the mid-20th century claimed that pornography was whatever appealed to the “prurient interest”, and then neglected to define what that was—thus dooming censorship to perpetually shoot itself in the foot (one is tempted to use a different metaphor here). Thus, stricken of any legal power, the establishment could ultimately only draw that line in the sand with the collusion of the movie industry, broadcasting corporations and retail management—via a voluntary rating system. 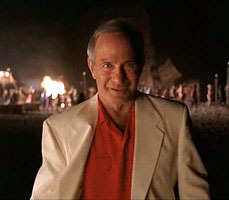 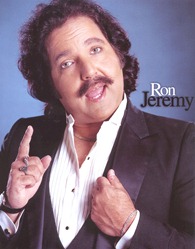 “amateurs” came onto the scene, he hasn’t been able to invest “that little extra” in his films: “story, production value, feeling.” 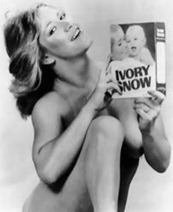 looked like Costello met the Wolfman to get happily ganged up on by a roomful of sirens. Directors and producers made feeble attempts at story just because they were still trying to be considered makers of “art” and so deserving of some protection against the ill-defined laws of the state. Recall that when Deep Throat came out in 1972 its producers and actors were convicted on obscenity charges. Then, when video came about in the 1980s, one of the principal benefits wasn’t just that it was much cheaper, but that production could be done so much easier and faster that it was less likely that the cops would come barging in and cart everyone off to jail. It wasn’t until the 90s that producers like Jackie Treehorn could breathe a sigh of relief and openly engage in the business of getting down to business and putting it all on tape. 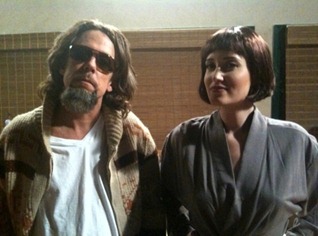 Probably not. The problem, in a nutshell, is this: Story, production value and feelings appeal to a part of the brain which has very little to do with the part of the brain that administers ejaculation. Despite Jackie 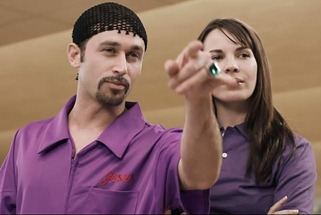 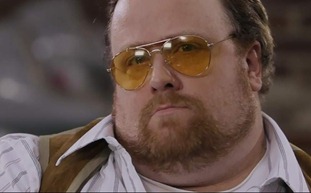 First of all, let me just say that whatever the film’s flaws might be—the worst offenders being a few ill-conceived jokes—the cinematography and set design is nothing short of amazing. One feels at times as if in the original movie – so much so that when something is even slightly off, the Dude’s tennis shoes for instance (the original Dude wore tai chi shoes), it stands out in stark contrast with the lovingly-detailed tiki bar and mauve toilet fixtures. Often aspects from the original are changed, but for hilariously comic effect – I won’t ruin any of them for you here, but let me just say that it’s not Liam’s belly that is bouncing around in the opening topless bowling sequence. Overall it’s an eerie joy to re-inhabit this 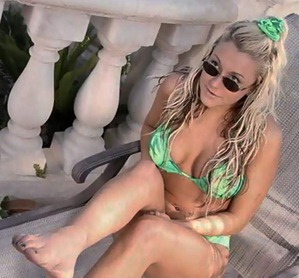 world, debased as it may have become. Also – one suspects that it was shot with DSLR video technology, as the short depth of field featured in many scenes is impossible to achieve with standard video cameras. Yet whatever technology they used, the movie is lit just like Lebowski and imparted with a marvelously filmic look that enhances details and texture. Vagina.

Though none of the actors is going to be called up to the big leagues any time soon, some give assured (acting) performances – especially the fellow who plays Walter (Peter O’Tool) and who sounds exactly like John Goodman. Kimberly Kane coolly conjures a believable (and slinky for a mainstream porn star) Maude, while Briana Blair looks and sounds so much like Bunny that Tara Reid might be tempted to sue. Tom Byron does his best as the Dude, but they’re mighty big jellies to fill, and it’s hard not to wince at times when mugs a bit too much in the interest of trying to elicit some laughs. James Deen’s 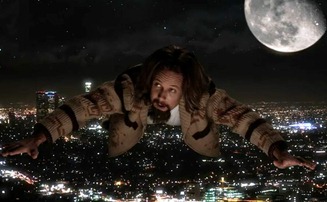 Jesus is as good as you’d find at any Lebowskifest, and he is at the center of the most amazingly-detailed recreation of any of the original scenes – all the way down to the taunting air kiss and confused slow-motion blink from Donny.

Which brings to mind an important fact which many hardcore fans of the Dude (rather than dudes who are fans of hardcore) will want to know: Our sacred material is indeed treated here with respect. As explained in the bundled “behind the scenes” footage, almost everyone involved is a fan of the film, and pains are taken not to besmirch it. Thus Donnie is not molested by the Jesus; Maude doesn’t go anywhere near Knox Harrington’s cleft; and (though some might consider it an oversight) Cynthia’s Pomeranian doesn’t hump Uli’s marmot. Most of the sex scenes are natural extensions of what actually happened or almost happened in the film – The Dude has relatively romantic sex with Maude, we get to see Uli fix the cable in Logjammin, and in one of the funniest set ups of the movie, the Dude takes Bunny up on her offer by the pool. To top things off, he graciously pitches in for Brandt to watch.

When it comes to plot, however, the film is an utter mess. But then, so was The Big Lebowski to some degree, so it’s hard to expect much here. As the Stranger (who skillfully delivers a narration nearly as poetic and wry as the original) says in a closing apology for certain scenes being left out, “welp, I guess that’s why God invented sequels.” Perhaps we’ll catch him further down the tail. Truly, no one knows what’s going to come next from the infinite, expanding universes of Lebowski. 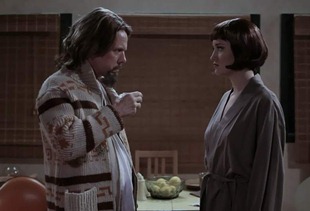 The Semis
As we’ve already reported in The Dudespaper and Dudeism News, there seem to be no end to the Lebowski mash-ups out there. The film is so deep and far-reaching that it can potentially have something to say about any aspect of human life. Though many Lebowski fans shouted “over the line” when they heard that a porn parody was in the works, we’d all do well to remember that The Big Lebowski is itself a parody of our civilization, the history of cinema, the notion of morality, and all things we consider sacred. More saliently, it’s a parody of all art. After Maude’s strongly vaginal paintings, Marty’s dance “cycle”, Knox Harrington’s video art, Autobahn’s (ugh) technopop, and The Jesus’ sartorial extravagance, who’s to say that Logjammin’ is anything less than an aesthetic masterpiece? As long as nobody gets hurt, no creative endeavor should be considered over the line. It’s all just, like, your opinion, man.

Moreover, when the Dude says “I still

When all is said and done, art might be considered nothing more than a collection of the artist’s opinions, with a little self-obsessed onanism thrown in. Yet what’s new and inspiring (and perhaps arousing) to his or her audience might not be to another. The same thing can be said of the “art” of criticism—the value of this article lies only in how well my opinion meshes with yours. Am I wrong? I very well could be.

Speaking of which, the dream sequence with the cast of high-kicking chorines lends itself very well to a movie of this nature. That’s just my…ah, you know.

By the way, here’s some lines they should have included, but didn’t. Perhaps in the sequel.