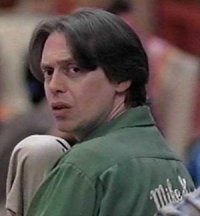 It’s been more than ten years since I first saw The Big Lebowski and I’ve still been wondering about the exact dates when everything took place. So I started tying up loose ends, trading information, and following leads. I even called the boys down at the crime lab. Unfortunately, as most Coen Brothers films end, I didn’t really get anywhere, and that’s cool, that’s cool.

If any of you want to follow me in my quest to unveil The Dude’s chronological timeline, feel free to do a jay, and we’ll take this hill together. We can discover one of the greatest mysteries of our time, “When did it all happen?”

Looking at The Dude’s check written for half n half is the first of many clues. Ol’ Duder writes September 11, 1991, but we know the check’s post-dated and not for immediate deposit. We learn later in the film The Dude shopped at Ralph’s at least one week before the date written on his check, most likely Wednesday, September 4th, 1991.

That night Jackie’s men, Woo and the blond thug, break into The Dude’s home and pee on the rug. 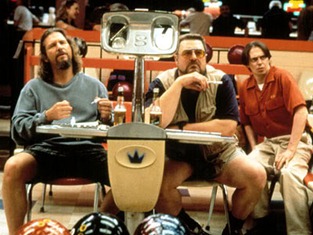 His Dudeness joins Walter and Donny at the bowling alley. We’re not really sure what time of day it is. This could be the evening of day one. It’s definitely not Saturday though because Walter is bowling. We all know how strictly Walter follows his Jewish faith.

El Duderino, wearing different clothes, goes to the big Lebowski’s home to seek retribution for his rug. The sun is out so we can safely assume this is a new day. We know it’s a weekday because the big Lebowski chastises the “other Lebowski” for dressing so poorly. If we look ahead to what we learn in day four, we can safely assume this is Thursday the 5th. Why is this not Friday the 6th, you ask?

The confrontation with Smokey occurs this evening, and we know this because Walter and Dude exit the bowling alley at night. We know this cannot be Friday because that would make it Erev Shabbos, the Jewish day of rest. Even though Walter breaks the rules of his religious faith later in the film, we know, at this point, he shouldn’t be out bowling and waiving his “fucking gun around.” Therefore the third day is Thursday, September 5th. 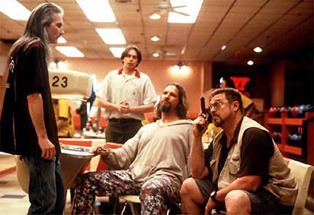 Following our logic, this would be Monday September 9th. This all hinges on Marty’s line, “Dude, tomorrow’s already the tenth.” Marty’s dance quintet will be performed next Monday (September 16th). The Dude makes his second visit to the big Lebowski’s home where he learns Bunny has been kidnapped. This is a bummer, man.

This afternoon takes us to the bowling alley with The Jesus and Liam. Maude reclaims her rug from The Dude’s bungalow, and Duder makes his third visit to the Lebowski mansion.

This evening The Dude and Walter attempt to deliver Bunny’s ransom money and fail. Later in the evening The Dude asks Walter, “What are we gonna tell Lebowski?” After bowling, The Dude, Walter, and Donny discover the Gran Torino has been stolen. The league game between Quintana, O’Brien and their third partner vs. The Dude, Walter, and Donny is rescheduled from the 14th to comply with Walter’s religious beliefs. 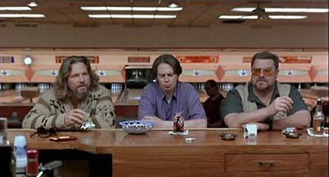 Tuesday, September 10th, 1991. The police officers are at The Dude’s bungalow investigating two thefts. At midday The Dude pays Maude a visit at her home. Immediately after this, Duder has his discussion with the “other Lebowski” ending with an envelope containing a human toe.

The afternoon is spent almost getting thrown out of a family establishment. Fortunately Walter only stayed to finish his coffee. The Dude probably did the right thing by getting out of the diner before things heated up.

This evening The Dude tried to relax in his tub, but we all know the Nihilists stopped by to trash the bungalow and drop a marmot into the bath water. 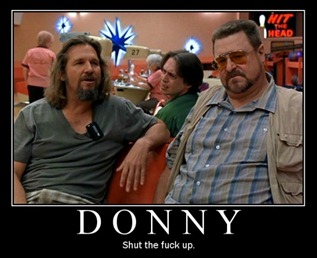 Wednesday, September 11th, 1991. At some point in the morning The Dude recovers his car from the impound lot. Midday finds Walter and his bowling team being served peanuts and refreshing drinks by Gary at the bowling alley bar. Maude breaks up the party by phoning The Dude directly at his favorite hangout.

This afternoon finds The Dude making his second visit to Maude’s loft.

Thursday, September 12th, 1991. The Dude finally takes a trip to Maude’s doctor to get his jaw checked out. After crashing into the dumpster, Dude finds out little Larry Sellers was responsible for stealing his car. 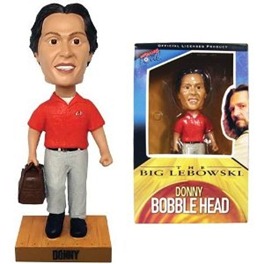 In the late afternoon/early evening Walter confronts Larry Sellers and gets The Dude’s car banged up. Burgers are later acquired at the In-N-Out near Radford.

Dude spends his evening at Jackie Treehorn’s garden party in Malibu. He is later arrested and attacked by the Chief of Police. After mouthing off to the officer, Duder is hit with a coffee mug in the exact spot the big Lebowski suggested for a tattoo.

Wednesday, September 18th, 1991. In the wee hours of the morning, The Dude returns home to find Maude in his bathrobe. The least he could do was help Maude conceive because he’s a good man, and thorough. Afterward new shit comes to light, and as Duder is trying to get a hold of Walter we learn it is Erev Shabbos. We now have two options: a) We have no idea what The Dude has been doing the past three days or b) Walter is just wrong, plain and simple. Walter begs the question and I’ll answer it for you….he is. It’s Tuesday, not Friday, but The Dude doesn’t correct Walter. Ol Duder probably doesn’t even know what day it is (“Is this a weekday?”) but eventually talks Walter into driving them both back to the Lebowski mansion. This is the fourth trip to the big Lebowski’s home. 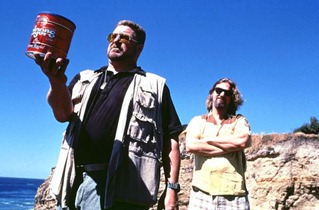 It is sometime between September 18th and September 21st, 1991. This is the sad day Donny dies. If what Quintana said was true, the semi-final has been rescheduled and will be played Monday the 23rd.

After Donny’s death we find The Dude and Walter speaking with Francis Donnelly at the funeral home. Later that day Donny’s mortal remains are committed to the bosom of the Pacific Ocean Duder’s face. The Dude has finally had it with Walter’s shenanigans, but they make amends and decide to go bowling.

It’s here in the bowling alley Gary says, “…Good luck tomorrow.” This brings us to September 22nd, 1991. Donny most likely died on the previous day, Saturday the 21st, a few hours after the end of sabbath. 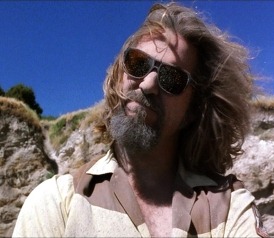 I know, I’m just an asshole, a bum, someone the square community won’t give a shit about, but we’ve got plenty of time to argue…Coffee anyone?

*Thanks to Chalupa this article is in decent English. Past versions were written by men unable to achieve a level field of play. No funny stuff.

** Also thanks to Ms. Jamtoss for her permission to publish my homework.

[Editorial We’s note: There is an alternative theory (see the comments at the bottom of this dudespaper article as well) that the whole thing took place in August 1990, mainly due to the fact that’s when Bush the Elder gave his speech announcing that “this aggression will not stand.” Which would mean the Dude post-dated his check by some 13 months!]