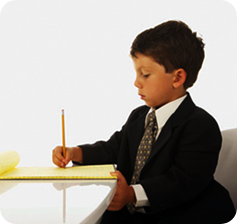 I don’t think I’ve officially typed up a book report since elementary school. This also is the first time I’ve interviewed the author. That never happened in 4th grade. In this review, I’m going to talk about the latest Coen Brothers and Big Lebowski themed book – The Dude Abides: The Gospel According to the Coen Brothers.

When I first heard about this book through a link to Falsani’s blog, I was pretty excited. I’m the kind of person who loves to watch a wide variety of films and tries to find life lessons in all of them. Knowing a little bit about the author’s background, I wondered if this book would be theologically complicated and deep. While the book features many insightful theories and observations into the stories and plots of the Coen Brothers, I was glad to see it lacking in the $10 word department. This book was written for the common man – even more so than a Barton Fink script. 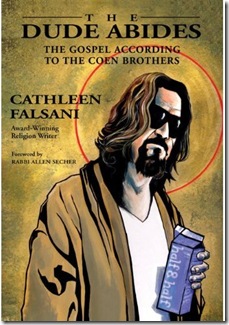 The chapters are setup in a three-part format: The Forest, The Trees, and The Moral of the Story. The first section contains a short overview of the film’s plot and gives the reader just a tease of what to expect. The second section goes into a more in-depth discussion of the film and the religious and/or philosophical themes present. The third section details the lessons to be learned from the film. There is even a section at the end of the book summarizing the gospel the Coens have presented and a list of The 14 Coenmandments.

Besides sharing nuggets of religious wisdom, Falsani also points out many historical and cultural references. Did you know the irony of the Marva Munson character (The Ladykillers) donating money to Bob Jones University? Did you know the writer W.P. “Bill” Mayhew (Barton Fink) was based off of the real-life William Faulkner who actually wrote a script for a Wallace Beery wrestling film? These factoids and other themes that run through all 14 of the Coen Brothers’ films will keep you wanting to read more. I even found myself wanting to re-watch a couple of the films.

Unlike some film books I have read that are full of facts, dates, and film references, Falsani also writes with a personal twist. At different points she shares some of her own insights and stories that pertain to her experiences watching the films, or some of the lessons that pertain to the gospel the Coens have presented. Throughout all the chaos, hilarity, and sometimes despair from Blood Simple through A Serious Man (to be released Fall 2009), Falsani points out the order, morality and hope that is underlining it all. I think this is why I’ve found the Coens to be relevant.

Cathleen Falsani was the religion reporter for 10 years at the Chicago Sun Times before transferring to writing a religion column for the paper. She’s an accomplished blogger and writer with two books under her belt, The Dude Abides coming out this fall, and a fourth book underway with a Summer 2010 release date. You can find her on Facebook or at her blog titled, The Dude Abides.