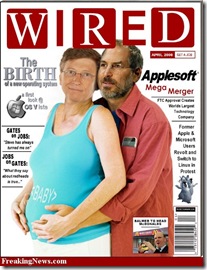 Well, they finally did it. They finally killed our fucking karma: Our society needs to mellow the fuck out, pronto. Now we’ve got solid proof.

When everyday consumer-driven magazines like People and GQ and Ladies Home Journal proclaim that we’re too stressed out, it’s normally just a trick to get us to buy Prozac or expensive mediation retreats in Northern California. However, when Treehorn of Technolust Wired Magazine says it, you’d better listen to the dudes’ story, Donnie. After all, these are the guys who divide the world into all things "tired" (bad) and "wired" (good). If they’re saying the car’s on fire, then it’s time to pull over, chop chop.

Notice how thin and drawn Wired Magazine is looking these days? The economy has been hard on everyone, but Wired is looking hungrier than flesh-eating bacteria trying to eat Nicole Ritchie. Perhaps realizing that their core audience might be frazzled to the core, Wired’s December 2008 issue was loaded with several articles that subtly suggested that perhaps all of us on the Info Superhighway need to pull over at a rest stop for a smoke or ten. Strange things are afoot at the Square-W.

First off, in "Diary of a Self-Help Dropout: Flirting With the 4-Hour Workweek," Chris Hardwick takes a hilarious look at a slew of new books that try to help people work much less while amazingly accomplishing more. He tries applying the principles of Getting Things Done by David Allen, Julie Morgenstern’s Never Check E-Mail in the Morning and Timothy Ferriss’ The 4-Hour Workweek to his own life to see if they help iron things out a bit. Even though none of them prove to be a magic bullet, we’re pleased that he finds The 4-Hour Workweek the most viable and worthy of application. We’d have self-applied that one too. 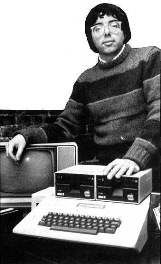 Finally, the best article in the entire issue was written by Steven Levy, the guy who writes about technology for every magazine known to man, who probably owns more gadgets and spends more time tinkering and technolusting than Steve Jobs and Bill Gates ever did. Well, Steven didn’t actually write an article telling us to take it easy, man. Not even close. He actually wrote an article called "Steven Levy on His Gadget Wish List for 2009," which may not have a very cool title. The middle’s not much better: just some everyday jibberjabber about wishing for bigger TVs and cheaper Blu-Ray players. However, it boasts a truly awesome ending.

After rattling off a shortlist of five technologies he’d like to see at the Consumer Electronics Show (CES) in January, Levy finishes with one more simple request: "A Big Lebowski Sequel. Nothing to do with CES. Just asking."

How cool is that? Turns out, technowizard Steven Levy is a clandestine Dudeist apostle. Furthermore, perhaps he’s offering a sly nod to the changing of the guard: the rapidly emerging market segment that will save technology, Wired Magazine, and modern society as we know it — Followers of the Dude.

When technology is finally ready to fulfill its promise to help mankind become free and leisurely instead of overworked and overwired, we’ll be there, man, to help give notes on the cycle. Computer compeers. Digital dudes.

Hey, speaking of that, isn’t it time to bring back that chubby, bearded guy with the Polish name who helped start the revolution, but left the company to a man called Jobs (irony!) and chose a life of easygoing (albeit filthy rich) Dudeism instead? We’re talking about The Woz here (Steve Wozniak), the feller smarter than ourselves who famously quipped "Never trust a computer you can’t throw out a window." Words to live by, dude. Sometimes you eat the barcodes. And sometimes the barcodes, well, they eat you.