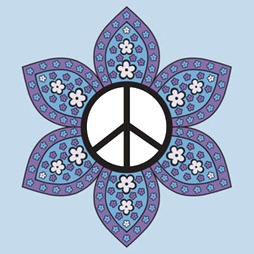 The First annual Zen Peacemakers Symposium in Montaque Mass took place from 8/9 to 8/14, the Symposium featured some of the key figures in Engaged Buddhism, the arts and health care. The event went off with out a hitch, thanks in large part to a group of very hard working volunteers. Working behind the scenes, seemingly unnoticed, but always present. They changed jobs and function keeping up with the fast paced intensive event. I had to wonder how they managed to keep all the threads straight, with out the benefit of a strict drug regime.

Bernie Glassman and the Zen Peacemakers hosted a gathering of socially engaged Buddhists and others. They set out to create the space and opportunity for social activists to meet, discuss what they have been doing, and what more could be done. It was an enlightening and encouraging event. It included some truly cool characters; Anne Waldman, Peter Matthiessen, Jon Kabot Zinn, Jim Bastien and some Dude they called Jeff Bridges, who will supposedly be featured in Tricycle magazine. 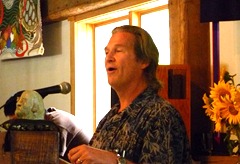 Founded by Glassman in the eighties, Zen Peacemakers have been bringing Buddhism inspired service to the west. A part of the larger Engaged Buddhism network, they help many in need. They also network with other faiths to achieve true interfaith cooperation, they open themselves and their resources to many traditions. Their Montague Farm serves as a laboratory Zen house, where they can explore ways of creating and managing future Zen community centers. Further I have it on good authority that Bernie is also a fan of TBL and friends with Jeff Bridges. 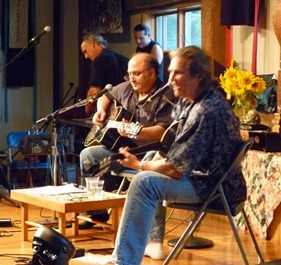 The event was a series of smaller events and activities, all conducted for about two hundred attendees, in a one room Zendo, The House of One People. On Friday evening the crowd swelled as Jeff Bridges and long time friend Jon Goodwin took the stage, they jammed with their wit, talent and guitars, to the delight of everybody. A tall stranger in a cowboy hat was heard to say, "that, was not un-Dude". This Dudeist was blown away. The Zendudes had to take care of thousands of tiny details, and perform many varied tasks, they even had to do this while contending with filming for an American Masters special on PBS, about the Duderino himself. 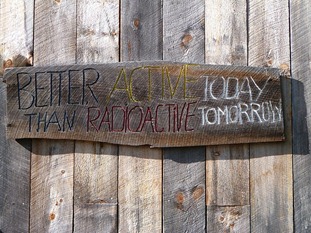 Earlier I watched as Seth set out lunch and chairs for the guests, then scarfed his meal before having to do a bunch of other achieving. He had a calm relaxed nature through all of it, that dude knows how to abide. That was a typical trait among these volunteers, no matter what the challenge, they just met it, with an easy attitude and genuine desire to just help. I managed to catch many of them during a little break in the action, and they were like uber friendly, not all frazzled and creepy. They were just chill’n doin what needed to be done, not getting all reactionary, I was inspired, and started to call them Zendudes. 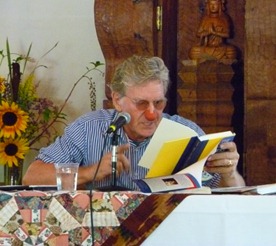 After what was an incredible performance by Jeff and Jon, and once all the guests and those just there for the show were gone. Well this Dude found himself plum out of plans. It began to look like my only option was to sit alone in a truck on a hill. I had run into Sean the Dharma Punk, he and I had become fast friends earlier, he told me they were going to have a dance party. He planned to play some of his music for the other Zendudes. Buddhist punk dance party? This I had to see. So after an all too healthy hike up the hill to the parking area, to stow my junk in the truck, and limber up a little, I hiked back down to the party. 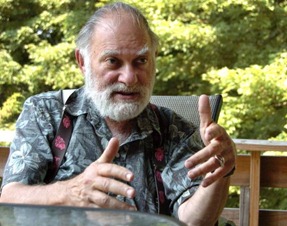 The music stopped as I approached, and the Zendudes were milling about, Kye said they were gonna go grab a beer, and asked if I would join them. She was kind enough to offer to let me ride in her car. She did not know the way, but that was okay because we had Clemens, for my money far more entertaining than a Tom Tom or GPS. And he takes pictures.

On the ride I got to know these Zendudes better, Jeanie told me of her interfaith marriage, he is Tibetan Buddhist and she is Zen Buddhist. One can only imagine how they surmount such an enormous divide. These Zendudes came from all over, they were mostly young, but a few, shall we say mature individuals were there to help. These guys were fun and friendly, any Dude would feel at ease among them. 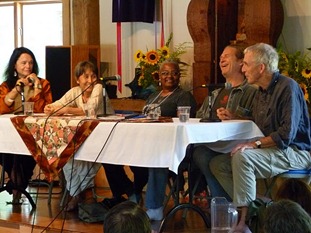 So in spite of our crazy Swiss made navigation system, we arrived at The Lady Killigrew, a truly interesting place with a view. An old mill building overlooking a river. With outdoor dining set on a hill, to walk from one side of the table to the other, was to go up in elevation by three feet. If any Dudes make it to the Montegue house, they simply have to check it out, at The Montague Mill.

As they kicked back for some well earned oat sodas, Ari Pliskin began to prepare statements for the next morning. Being bright and an up an’ comer, he saw fit to try to delegate. In looking for help with his home work, he turned to a group of weary Buddhists with more interest in Dharma jokes than helping the future leadership of Western Engaged Buddhism. Can’t say I could blame him, I had watched this guy work work his illusory ass off. He got a couple of good things out of it, but everybody was just to psyched after an awesome day that ended with an awesome show by our hero, the Dude. 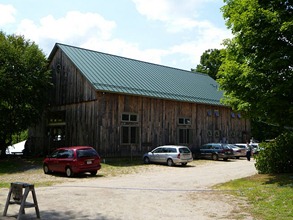 They were all getting a bit punch drunk at this point, maybe even actually drunk. The Zen claws came out when Seth and Sean were discussing whether or not one can even say that one is a Buddhist especially if they are a Buddhist. Well after all the Buddha wasn’t a Buddhist, but being Buddhist is a state of being not being Buddhist. At this point I was glad I had limbered up before going, otherwise I would have been lost.

It became all too apparent these dudes needed sleep, I had just rolled in, being able to only attend two days, but they had been busting their existential asses all week. So trusting fate and our Buddhist turned photographer turned navigator friend Clemens. We carved our way back through the winding mountain roads. I was tremendously glad when they dropped me at the top of the hill near my truck, instead of at the bottom of mount needanewknee. 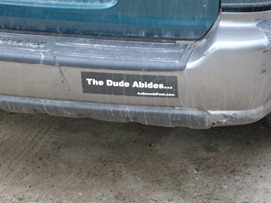 As I left them behind, I couldn’t help but think these Zen volunteers were some cool folks, they absolutely deserve the title of Zendudes. Through an exchange of ideas and philosophies, we really reached an appreciation for each others chosen paths. They unanimously dug the Dudeist style, and this Dudeist dug theirs.

Because they all deserve to be recognized for their hard work, the Zendudes:

[Editorial We’s Note: Most of the images in this article were supplied by Meri Stiles, who also attended the symposium and wrote a great article about it here.]